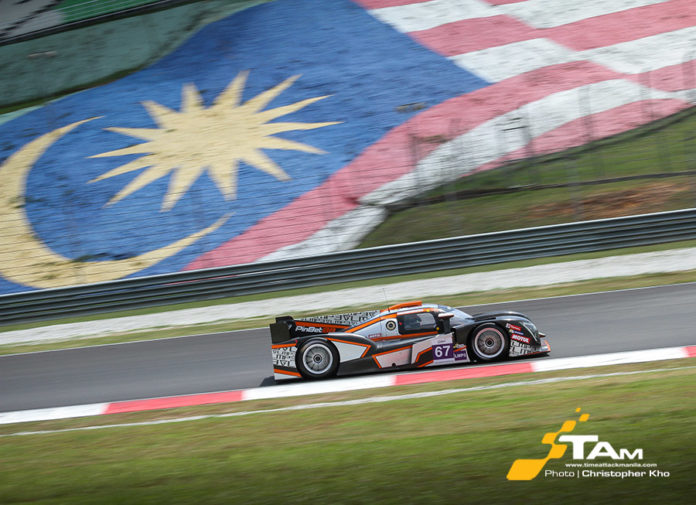 While their 2016/2017 season began with a heartbreaking DNF in Zhuhai, things have started to improve for Pinnacle Racing Team (PRT Racing) since then. The team managed a 5th in Fuji which was followed by a 4th place finish in Buriram. And this coming weekend, they’re hoping to catch that elusive podium finish at the Asian Le Mans Endurance Series’ season finale in Malaysia.

The Philippine-licensed team is quite confident that it is possible. They’ve performed particularly well on the 5.543 km Sepang International Circuit on past occasions and this race weekend should be no different.

Just to refresh your memory, PRT Racing able to score several podium finishes and a race win during last year’s Asian Le Mans Sprint Cup. The team ran the Pinbet88-sponsored Ginetta LMP3 for then entire season which was driven by team owner Ate De Jong and ’15 European Le Mans Series champion Charlie Robertson. And mind you, they’re running the same No. 67 car and driver lineup at the 4 Hours of Sepang on January 21/22.

There, they’ll go up against a provisional grid of 28 cars that consists of LMP2, LMP3, GT, GT Cup, and CN machinery. Although the championship is no longer within their reach, it’s always nice to end the season with some silverware.

Free Practice and Qualifying is scheduled on Saturday while the race will start at 12:15 PM local time on Sunday.

Ate De Jong, PRT Racing Owner and Driver: “It has been a very busy and eventful year for PRT Racing in the Endurance Series. We’ve encountered new challenges and new circuits and I’m proud of what the team has achieved. It’s fitting that we’re back in Sepang. We’ve good memories of this circuit, with podium finishes and a race win last year in the Sprint Cup.”

Charlie Robertson, PRT Racing Driver: “It’s been a good year for PRT Racing and Ginetta in the Asian Le Mans Series. We’ve learned a lot from every round, made steady progress throughout the season, and showed we have the pace to challenge for the lead. Now we just have to put everything together, have a clean race, and finish on the podium.”