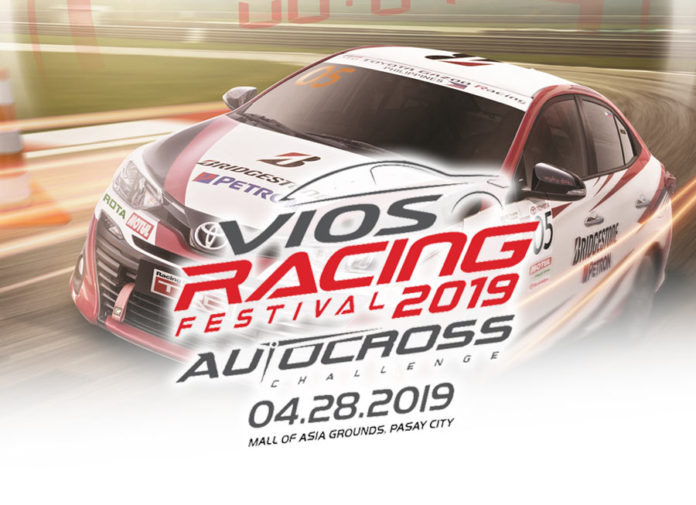 The re-branded Vios Racing Festival is about to kick-off this weekend beginning with the ‘Vios Autocross Challenge. This is a new addition to their circuit races, which Toyota Motor Philippines (TMP) believes is more amateur-friendly. Hence, they’ve opened up five (5) slots for anyone who wants to get a free drive in a Vios Cup Car on April 28 at the Mall of Asia Open Grounds.

In case you’re unfamiliar with the format, autocross is a timed competition wherein drivers navigate through an obstacle course in the shortest time possible. Competitors may run individually or head-to-head depending on the track layout. Here, driving precision rather than outright speed is key to victory.

To qualify, you must be able to drive with a Manual Transmission and own a Toyota no matter what model or age. That’s about it.

Then, visit this post on the Toyota Motor Philippines Facebook page (http://bit.ly/2GBCmVM), hit ‘Share’, and answer the question: ‘What’s the best thing about driving stick?’ Just make sure your post is set to Public so they can choose five (5) entries with the best answers.

TMP will eventually announce the winners via Facebook and have a Toyota representative contact them for further instructions. We imagine this involves showing up before 9:00 AM on Sunday at the Mall of Asia Open Grounds, suiting up, and driving one of Toyota’s race-ready Vios Cup Cars on race day. Yes, they get to race the real deal.

Sizing up the competition, they’ll be up against new Vios owners, motoring journalists, car club members, and celebrities like Gerald Anderson, Daniel Matsunaga, Chie Filomeno, Gretchen Ho, Aubrey Miles, Troy Montero, and Fabio Ide. But whether they win or not, getting a FREE race seat is already an achievement in itself.

The Toyota Vios Racing Festival is held in cooperation with Bridgestone; supported by Petron, Motul, and Rota; and other sponsors Brembo, Denso, AVT, 3M, OMP, and Tuason Racing.