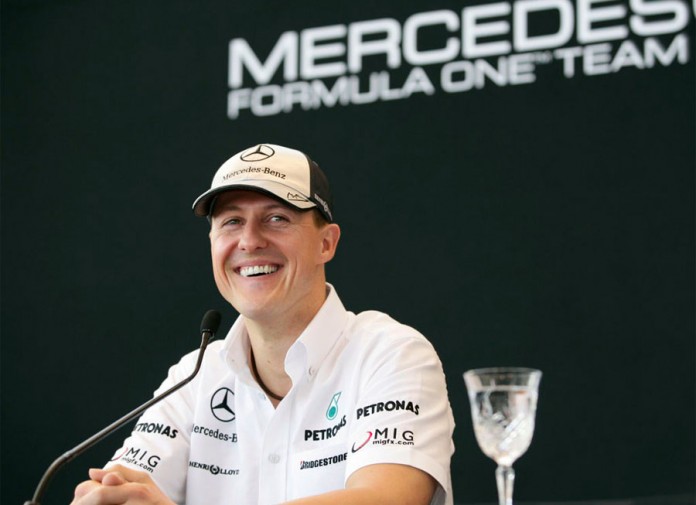 Dear friends, we’d like to ask for prayers for 7-time Formula 1 world champion Michael Schumacher who is now in critical condition after a skiing accident last Sunday. No, this is no hoax.

Reports we’ve gathered from CNN.com, Autosport.com, and Formula1.com, which is as reputable as you can get, say that Schumi has been skiing in the French Alps where he fell and hit his head on a rock at around 11:00am that day. First-aid personnel were able to attend to him within minutes and airlifted him to the Moutiers hospital nearby.

Do note that the 44-year-old retired Formula 1 driver is a very accomplished skier was wearing a helmet during the time of the accident.

At first, it was announced to the press that Schumi was not in serious condition and “conscious but in shock when he arrived in the hospital.” However, the statement from Centre Hospitalier Universitaire de Grenoble, where he was later transferred to that evening confirmed that his injuries were more serious than they had thought.

The hospital stated that Schumi suffered from a “head trauma and coma, which required emergency neurosurgical treatment” and is now in critical condition.

Schumi’s wife and kids were said to be at the hospital with him, along with former Ferrari team boss Jean Todt and Professor Gerard Saillant who oversaw the German’s care when he broke his leg at the 1999 British GP.