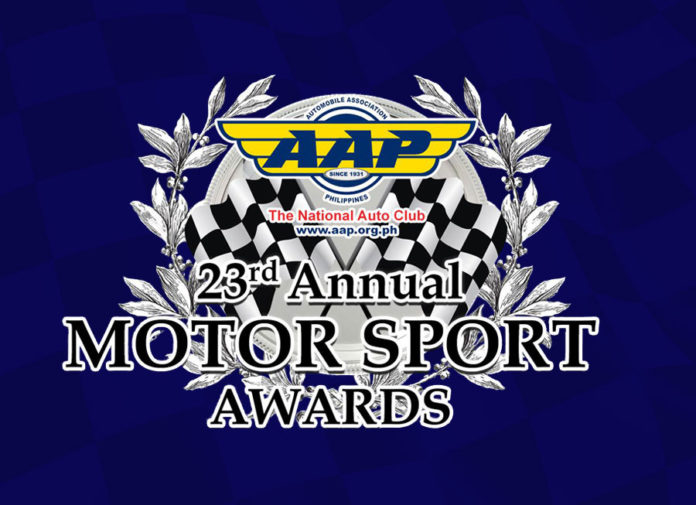 Philippine motorsport just keeps on growing and growing. A testament to this is the increasing number of awards the Automobile Association Philippines (AAP) gives away during their Annual Motorsport Awards. And on its 23rd edition held last 5th of April 2018, the AAP gave away a total of 44 trophies which is a lot more than what they handed out last year.

The Annual Motorsport Awards is where the top race car drivers (and marshals) in Philippines are recognized for their exemplary performance over the past season. This covers local 4-wheeled events that includes circuit racing, karting, slalom, 4×4, plus the newly-added category for rallycross.

Aside from the staple awards, the AAP has also broaden its scope to acknowledge the achievements of Filipino drivers who have done well in international events. Amongst those who received silverware were those who participated in the Asian Auto Gymkhana Championship, Angie King in the Ferrari Challenge Asia, and Dexter Daquigan in the Classic Mini Championship Asia.

Of course, they didn’t forget to honor the very young finalists of the AAP Motorsport Development Program.

Rookie of the Year | Paolo Santos