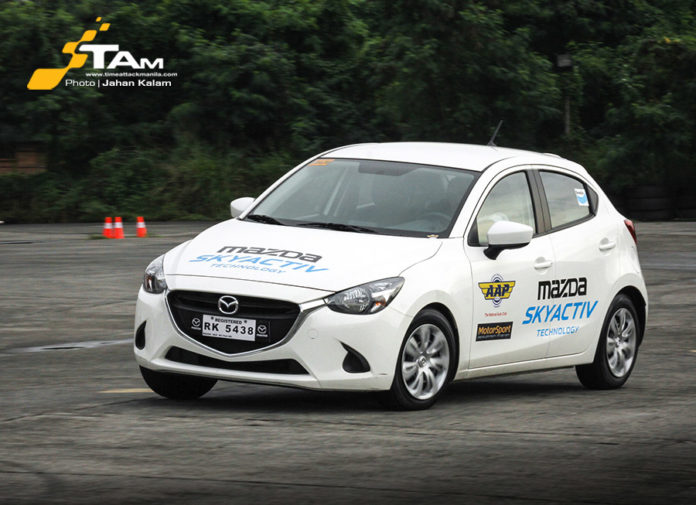 Get ready because 20 of the top drivers from across the country will face-off in the Motorsport Development Program’s (MSDP) National Gymkhana Finals this weekend. They’ll be settling the score driving 4 identical Mazda 2 SkyActiv race cars around a small time trial course at Megatent Libis, Quezon City.

Through the Automobile Association Philippines (AAP), these 20 finalists qualified through a 4-round Gymkhana Series in Metro Manila, Cebu, Iloilo, Cagagayn De Oro, and Davao. Each series featured 5 categories, segregated based on the engine displacement of whatever the competitor drives. Points are then awarded to the top finishers per event where the champions in each category, per series gets an invite to the National Gymkhana Finals on November 4 in Manila.

Last year’s overall champion was Boodie Dabasol from Cebu who bested over a dozen drivers from around the country. Now on its second year, these are the top finalists who will compete for the grand prize.

Cebu will be represented by Juilan Neri who won 2 categories in their series. He will be joined by 11-year-old Seven Aleman, Rex Francisco, and 2017 finalist Philip Lim. Philip made it to the quarter finals last year and his experience will surely give him an edge this weekend.

Cagayan de Oro has Gab Manubag, Kent Lignes, Mark Bernales, and Dodot Montañer. They will be joined by Edu Agudo who’s also a finalist from 2017.

Davao‘s entry list includes Mario Roque and Tenny Montuno who won 2 categories each, and CDO finalist Mark Bernales. All 3 happen to be Kagayanons and will represent the Mindanao region.

Iloilo, as the newest leg in the AAP-MSDP series, features 4 drivers: Jun Española, Glenn Gallos, Glice Gallos, and Ian Rosales. Glenn is their strongest contender who won 2 categories in the gymkhana series in Panay island.

Metro Manila only has 1 contender named so far. Seasoned racer Estefano Rivera already sealed his invite during round 3 of the series. As for the other finalists, it’s still a toss-up between several drivers who compete in the final round on November 3. A 3-way battle is brewing between Gelo Ovilla, VJ Bacungan, and Nico Salvador, while Jahan Kalam and Powee Base are in a head-to-head fight of their own.