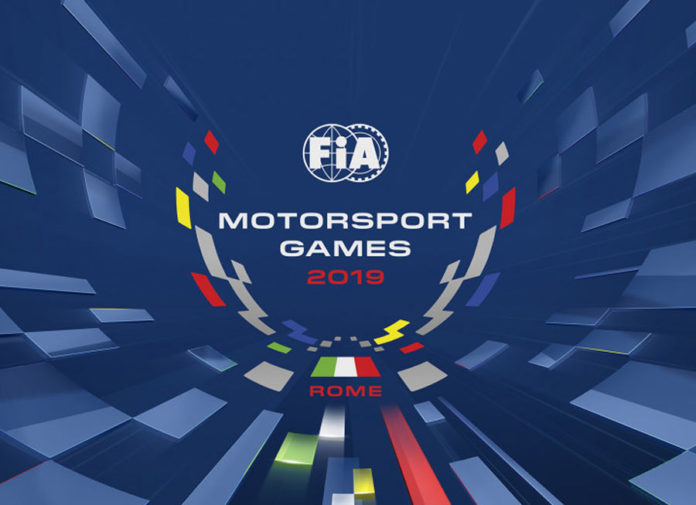 Because the sport we love is primarily a personal pursuit between individual drivers (and their teams), the Fédération Internationale de l’Automobile (FIA) came up with a new event that would instead allow countries have a go at each other wherein the focus is on driver talent, not the machinery. Think of it as the Olympic Games, if you will, but for racing.

This is the ‘FIA Motorsport Games’, a new multi-disciplinary competition and it’s set to take place later this year at the Vallelunga Circuit in Rome. And as we found out, our own national sporting authority, the Automobile Association Philippines (AAP), is considering the possibility of fielding a team.

Organized by the FIA in conjunction with promoter SRO Motorsports Group, the FIA Motorsport Games will feature 6 different motorsport disciplines over 4 days. Each country gets to nominate one (1) driver per event, namely GT, Touring Cars, Formula 4, Drifting, Digital Motorsport, and Karting.

“AAP is opening the FIA Motorsport Games to those interested drivers in the Philippines. We first assess them if they are fit to represent the country and qualify their experience. From the results, we will then assess our plans for 2020,” commented Ivan Isada, AAP Motorsports Manager.

Winners per category will be awarded with Gold, Silver, and Bronze medals much like the Olympics. Whichever nation that ranks highest in the tally then receives an overall medal at the end of the games.

Featuring a grid full of GT3 cars, the GT Cup is the main event of the FIA Motorsport Games. Driver pairings are categorized either as Bronze/Bronze or Bronze/Silver and will feature three 1-hour-long races over the course of the race weekend.

The worldwide success of the TCR platform, on the other hand, made it the perfect choice for the Touring Car Cup. And with Balance of Performance (BoP), a diverse variety of machinery can compete on equal terms thus putting emphasis on driver skill.

This marks the debut of the first hybrid-powered single-seater outside of Formula 1 with KC Motorgroup Ltd. (KCMG) supplying a new Formula 4 chassis for this event. Operated by Hitech GP, the Formula 4 Cup’s “arrive-and-drive” format will allow drivers to race on identical cars, with identical setups, and data shared between all competitors and engineers.

The newest motorsport discipline adopted by the FIA, the Drifting Cup will be held under the Vallelunga Circuit’s floodlights. Action will commence with solo runs, followed by tandem runs in the knockout stage.

With the rise of eSports, the FIA included the Digital Cup which will be played using GT Sport just like in the FIA-certified Gran Turismo Championships. 12 racing rigs will be used for the races, held under the supervision of a real-life FIA Race Director and Stewards.

The odd one in the group is the Karting Slalom Cup as it requires no racing license or prior experience. It’s open to both men and women, between 14 to 16 years old wherein they’ll compete in a relay format with mixed male-and-female pairings.

Interested? The AAP is now accepting inquiries and applications from drivers who want to represent the Philippines in the FIA Motorsport Games. Shoot them an email at aapmotorsports@yahoo.com and see you on October 31 to November 3 in Rome, Italy.

Read the Sporting Regulations of the FIA Motorsport Games at FIA.com.