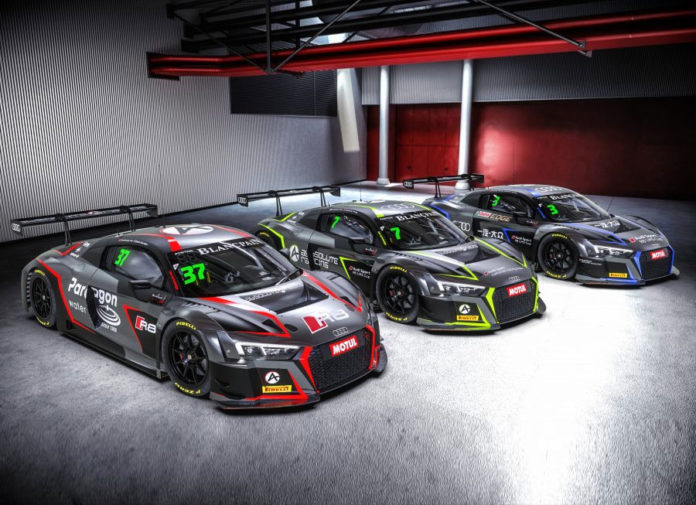 It’s another season of the Blancpain GT Series Asia and another chance for Absolute Racing to go after the title in 2018. And this year they’re entering a bunch of Audi R8 LMS GT3s, 1 car in the Silver Cup and 2 in the Pro-Am class.

Meanwhile, the #7 R8 LMS GT3 features 2 well-known faces from the Absolute Racing garage. South Korea’s Andrew Kim and Hong Kong’s Adderly Fong wrapped up the GT Asia Series 2016 season 3rd overall. Although they did not share a car in 2017, both were part of the team’s Bentley squad in the Pirelli World Challenge and China GT Championship. Kim and Fong will be reunited this year in Absolute Racing’s entry in the Pro-Am class.

The team’s third car #37 will be driven by Anthony Liu and Josh Burdon. Liu is widely regarded as one of the fastest gentleman drivers in the region, while Josh Burdon is a former Asian Formula Renault Champion and an accomplished LMP3 driver.

Michael Schneider, Team Manager: “The whole team is very excited about the challenges and season ahead. We’re thrilled to add Martin and Josh to our line-up for this year. Together with Anthony, Andrew, Adderly and Cheng we have no doubt that we will be competitive from the word go. We expect the competition to be tougher than ever this year but here we don’t have to hide our ambition. We have done the best job we possibly could over the winter and we’ll give it everything we’ve got and more to win the championship.”