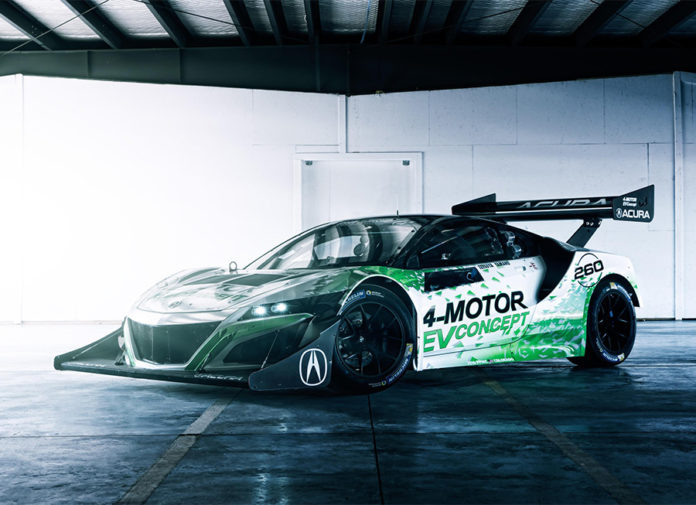 The fastest way to go up Pikes Peak is with horsepower, lots and lots of horsepower. But in recent years, it has become apparent that internal combustion is no longer the best way to go up the oxygen-scarce 4,300 meter peak. That’s where EVs come in such as Acura’s all-electric, 4-motor “NSX-inspired EV Concept.”

They refer to it as an ‘NSX-inspired’ machine because it’s not a typical NSX underneath that shell. The grease monkeys at Acura chucked out the original 3.5L V6 Hybrid and replaced it with quad motors – each powering a separate wheel.

It’s an evolution of the Super Handling All-Wheel Drive (SH-AWD) drivetrain used by the all-electric CR-Z that drove up Pikes Peak a year ago, but with up to 3x the power. With one-motor-per-wheel setup, it allows for true 4-wheel independent torque vectoring. Couple that with a sophisticated Electronic Power Steering (EPS), Vehicle Stability Assist, and SH-AWD system and it could achieve ‘super handling’ characteristics as they wanted. 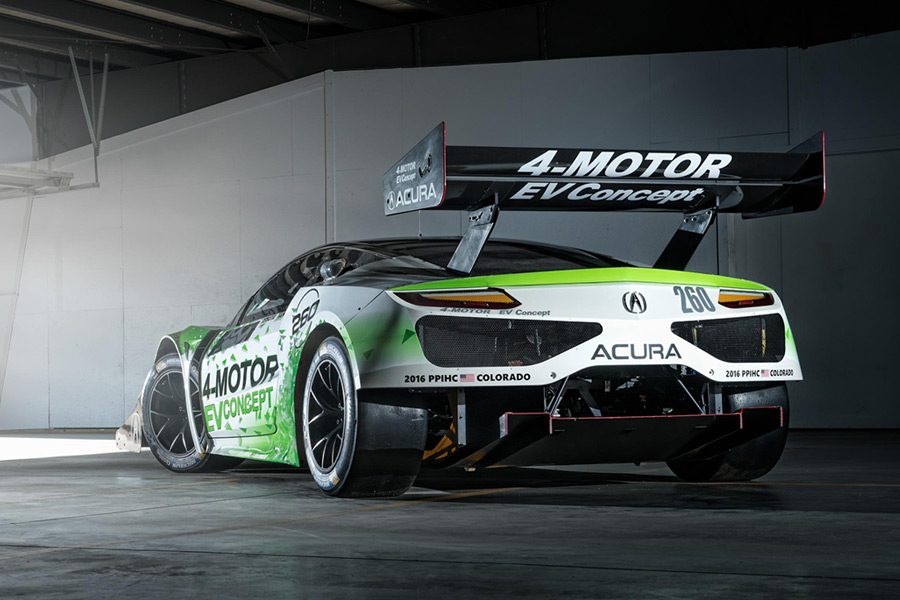 Of course, there’s all the bad ass aero bits and slick tires that should help this NSX-inspired EV Concept charge up the Pikes Peak International Hill Climb. It’ll be piloted by Tetsuya Yamano who also drove last year’s all-electric CR-Z and won the Exhibition Class with a time of 10:23.829. This year though, they’re running with the big boys in the Electric Modified Class. 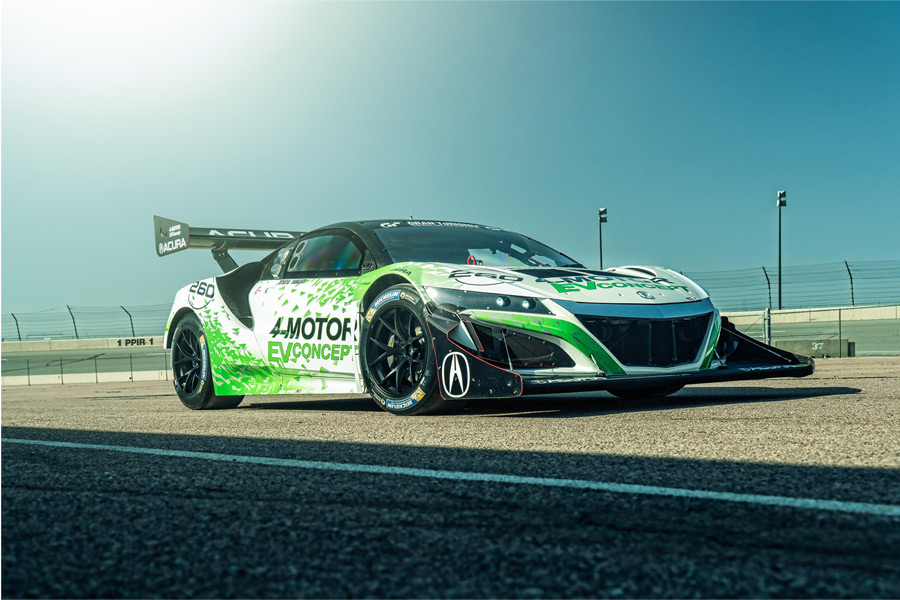 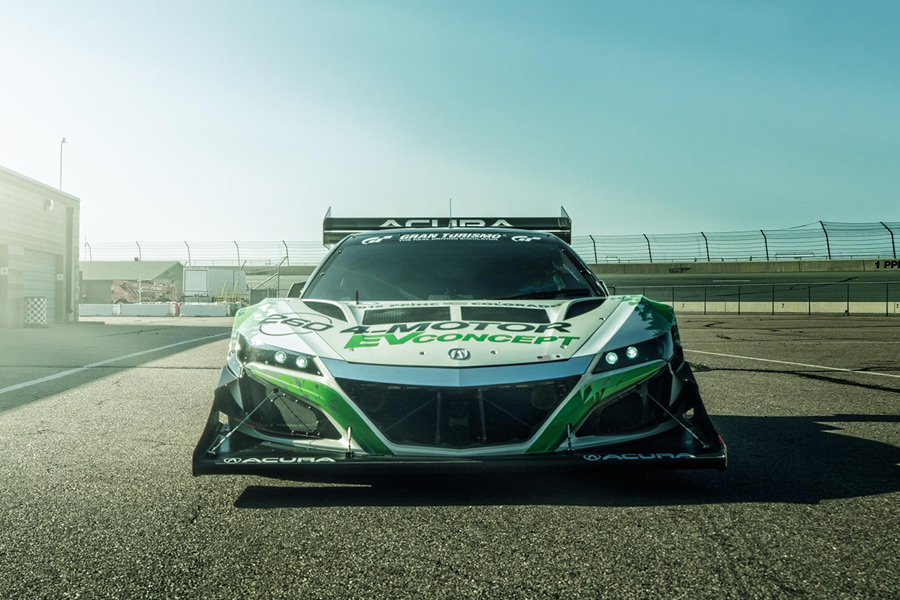