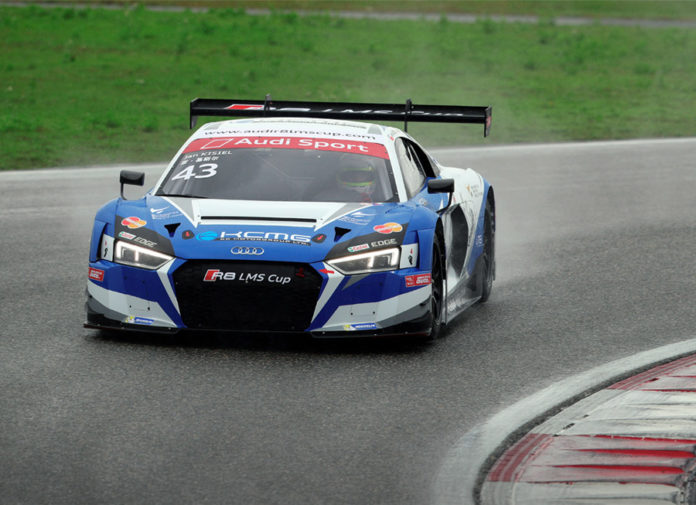 KC Motorgroup Ltd. (KCMG) will have a familiar face in their garage at this weekend’s Audi R8 LMS Cup. That’s because a certain Mr. Akash Nandy is taking a break from the GP3 Series to race with his beloved old team at the Sepang International Circuit.

The Malaysian driver competed full time for KCMG in the Formula Masters China Series (FMCS) in 2013, winning the Macau Grand Prix Challenge in the process. He also won the Asian Le Mans Series’ 3 Hours of Inje that same year with KCMG’s Morgan-NIssan LMP2 prototype. Since then, he has moved up to Formula 3 and recently in GP3 with Jenzer Motorsport.

But this August 13/14, he’ll be driving for KCMG once again racing the team’s second Audi R8 LMS machine. He’ll race alongside 2015 Audi Sport TT Cup Champion Jan Kisiel, who currently sits 6th in the Drivers’ standings. Aside from Nandy and Kisiel’s No. 20 and 43 entries, KCMG will also service the No. 18 Champion Racing Team car of Martin Rump who’s 3rd in the championship.

Akash Nandy: “I’m really happy that I have been given this opportunity to try something new and especially with a team that I only have good memories with. It’s also great to coming back to my home track after spending most of the year racing in Europe so I intend to make the most of it.”

Jan Kisiel: ”I spent the last days learning the Sepang circuit so that I can hit the ground running once I get to Malaysia. It’s a pretty tough and rather technical circuit but our strong race pace in Thailand gives me reason to be confident ahead of the upcoming rounds. I am ready to take the fight to my rivals and score good points in the process.”