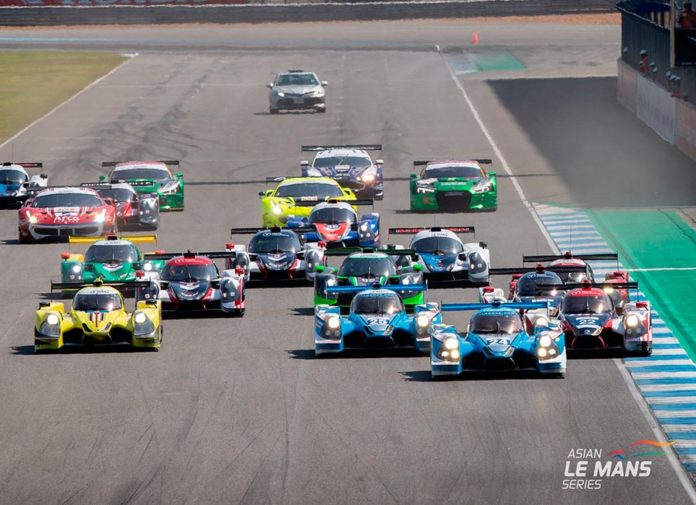 A visit to China, Australia, Thailand, and a night race in Malaysia are what’s in store for the 2019/20 edition of the Asian Le Mans Series. And after experiencing a strong growth last season, the region’s premier sports car championship is also expecting to attract an even bigger grid of LMP2, LMP3, and GT3 machinery take part in the upcoming year.

The 2019/20 calendar will again kick off at the Shanghai International Circuit in China on the last weekend of November. Then, for the very first time, it will visit Australia and host a race at The Bend Motorsport Park right after the new year, thus leaving Fuji Speedway out of their itinerary. A change in their traditional season ender will see Thailand and Malaysia swap dates, with the 4 Hours of Sepang getting the green light after sunset mid-February followed by the season ender at the Buriram International Circuit just a week later.

As always, the grid will be a mix of prototype and GT3 cars. A rule change now allows the latest generation LMP2 to compete in the outright class, while older chassis will be limited to just the LMP2 Am Trophy class. This has attracted teams from the UK, Americas, France, and Poland to the series, growing the LMP2 entry list to nearly double from last year. The number LMP3 runners have relatively stayed the same, while a slew of new GT3 cars have confirmed their intent to join the upcoming season.

By our estimates, the grid size for 2019/20 could grow to a record-breaking 39 entries spread across 3 categories. 4 of these will be lucky enough to get an invite to the prestigious Le Mans 24 Hours in 2020, awarded to the champions in the LMP2, LMP2 Am Trophy, LMP3, and GT classes.