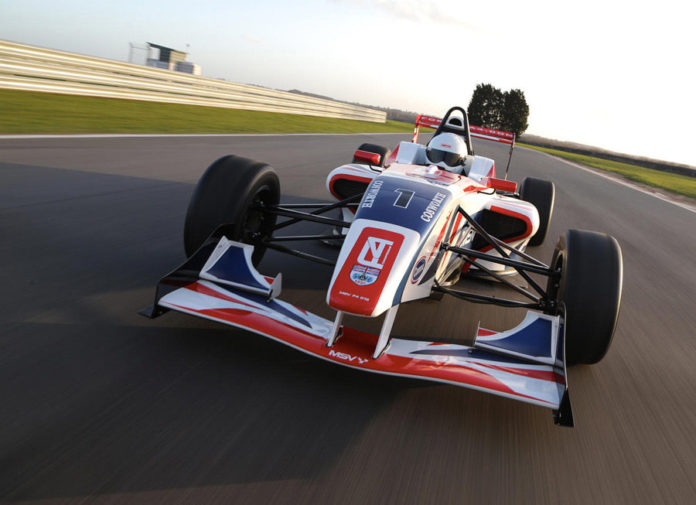 The sport of racing has always been an expensive undertaking. But the relatively new Formula 4 is fast becoming the gateway of choice to the otherwise costly endeavor that is auto racing. And for 2015, there’ll be a new engine supplier from China.

Governed by the Fédération Internationale de l’Automobile (FIA), this middle rung between go karting and the rest of the 4-wheeled racing world is seen as a more cost effective option to get into single seaters than say… Formula 3. The space frame chassis is built by RFR, tires are supplied by Yokohama, and the 6-speed paddleshift transmission is from Sadev. The engine, however, can be sourced from several suppliers as Fiat, Ford, Toyota, and the newest addition on the shopping list, Geely.

The Chinese automaker, who by the way now owns Volvo, has been given the go ahead by the FIA to supply engines for upcoming Chinese Formula 4 series, which will begin in 2015. More specifically, they’ll be supplying a naturally aspirated 2.0L 4-cylinder, the 4G20, into the engine bays of Chinese Formula 4 cars – similar to the ones found in their GX7 SUV and Emgrand EC8 sedan.

After its domestic debut, Geely plans to supply their 4G20 engines to other Formula 4 series around the world.

“Geely Auto’s 2.0L engine series is a lightweight, yet powerful solution for motorsports and on-road application. We are more than honored to work with the FIA to see Geely engines being used in motorsports competitions internationally,” said Geely’s Powertrain General Manager Wang Rui Ping.

Sure, there might still be a stigma that comes with Chinese cars, but Geely is using motorsports to prove people wrong. With any luck, they might even be able to go up the ranks of Formula 3, GP3, GP2, and in the wildest of dreams, Formula 1.

Hey, we once thought that Hyundai sucked and they’re now winning rallies in the WRC.