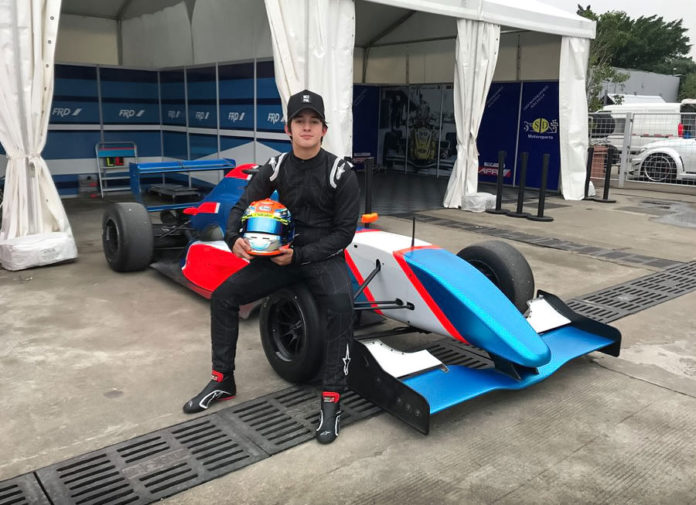 There’s a new challenge in 2018 for the reigning Vios Cup Champion. Daniel Miranda, who raced for Team Obengers last year, is scheduled to make his single seater debut this weekend. The 21-year-old driver from Cebu has confirmed that he’s entering the Asian Formula Renault Series (AFR) with Eurasia Motorsport, who fittingly happens to be a Philippine-based team. And their first race together will be this March 17/18 at the Zhuhai International Circuit in China.

As with most drivers, Daniel started his motorsports career in go karts. He has won numerous races both locally and abroad, racing in countries such as Macau, Thailand, Indonesia, and Malaysia, before taking the title of Karter of the Year in 2013. Over the last 3 years, he spent his time racing in the Vios Cup where he took the overall championship in 2017.

Graduating from touring cars to single seaters, however, will be a big jump. Daniel’s new machine weighs a mere 505 kg with a 210 hp 2.0L 4-cylinder Renault engine and SADEV 7-speed sequential gearbox strapped to its back. It also doesn’t help that this weekend will be his very first time racing in a formula car.

But there is hope. Daniel recently completed a 1-day test at the Clark International Speedway (CIS) where he showed good pace. Based on his team’s comments, if he can keep this up there is a good chance that he can land on the podium before the year ends.

Daniel will be part of Eurasia Motorsport’s three car assault in 2018. There are 6 events scheduled this year with 2 races each, visiting circuits in China and Malaysia. The overall champion then wins a test in an FRD LMP3 plus a €50,000 scholarship in the 2019 FRD LMP3 Series.

Daniel Miranda: “My main goals for this year racing in Asian Formula Renault are to simply finish every race, stay safe, and enjoy. Although this is my first year in the series, I still hope to fight for podium positions especially towards the end of the year,” Daniel Miranda commented. “I would want to thank Cebuana Lhuillier and Team Obengers for the support and for always being there in anyway they can. I will do my best to make my family and my country proud.”

Mark Goddard, Eurasia Motorsport Team Principal: “Living in the Philippines allowed me to closely follow the performance of Daniel in the Vios Cup and he demonstrated in testing our Formula car at Clark that he processes the talent needed to succeed in single seater cars. He will probably be the least experienced driver on the grid at Zhuhai and we are really looking forward to helping him develop into a potential race winner before the end of the season.”

Cosco Oben, Obengers Team Owner: “We are very proud of Daniel’s debut in Asian Formula Renault. We are very excited for him and with his right attitude and skill we are confident that he will be successful in this endeavor. We have seen him grow from a young 16 year old kid to an amazing and more mature champion driver. Daniel moving to Formula is living proof of the Toyota Vios Cup platform as the best grassroots program and the Oben group is proud to be part of Philippine motoring history here and abroad. Good luck Daniel, make your country and the Obengers proud!”