When Dannie Daquigan retired from motorsports, he never thought that he can one day return and race competitively like he did before. But he was able to beat the odds by ending his 12-year-hiatus to race in the Pirelli Cup 2018. Not only was the 37-year-old on pace with the younger riders, but he also won on his debut last April. Now, he’s ready to fight for more victories as the season returns to the Batangas Racing Circuit (BRC) this weekend.

Dannie’s 320cc Yamaha R3 will be sporting a new livery when it enters the Group 2 Lightweight A (LWA) class. The 53 racing number, however, remains as a tribute to his son. 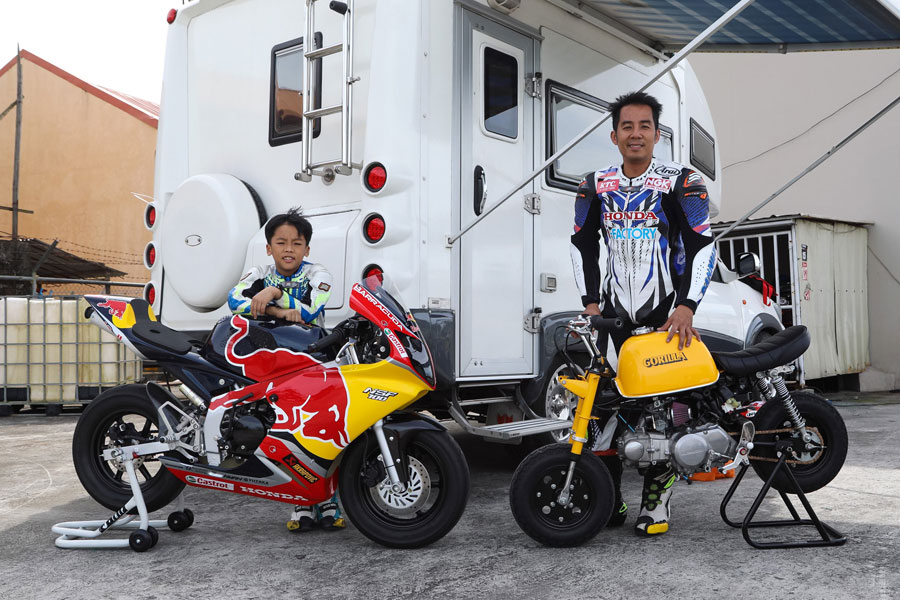 “My motivation to win comes from my son Alfonsi,” he commented. “He’s currently racing in the East Japan Super Minibike Championship and it makes me happy that I can pass on my knowledge to him whenever I race. He sees how we prepare the bike and learns from all the great people that supports our team. These are our friends who help you train hard, win races, and enjoy motorcycle racing.”

He now spends twice a week on track in preparation for the upcoming event. With him are coach Vrei Ar Suba, fellow rider Tracy Soyangco, and Ren Okabe of i-Factory Racing Sports Japan whom he credits for his competitive form. If it weren’t for these 3 great riders, Dannie admits that he’ll only be a grid filler instead of a front runner this year. Of course, there’s also his twin brother Dexter who monitors his progress and plans the team’s race strategy. 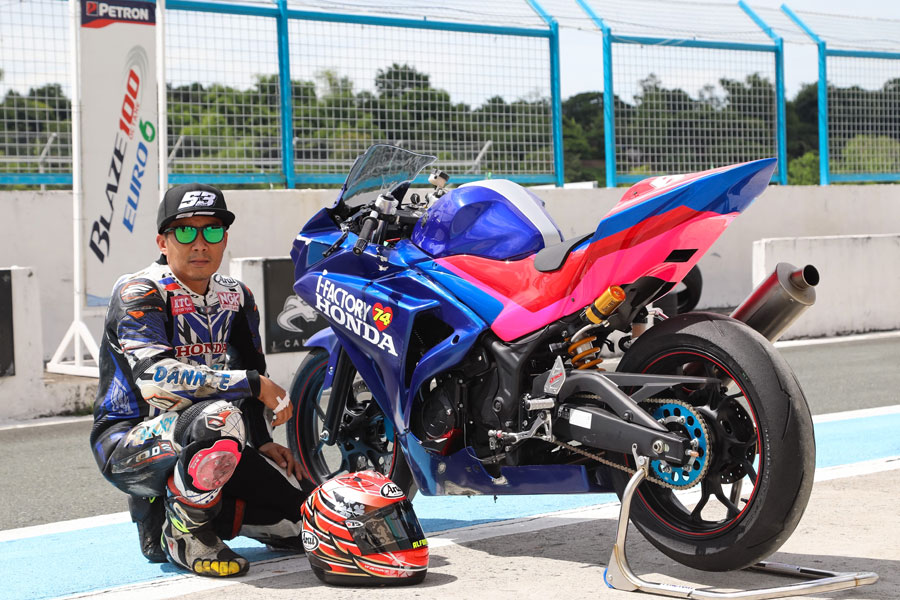 Dannie Daquigan: “Our target for the weekend is to simply stay close with the other riders in the group. We can never predict what will happen on race day, so we’ll take things step-by-step and see what improvements we can work on. Of all the other teams, the Kawasaki riders are still our biggest competition as they’re quick and well prepared. We just hope we can maintain our form and finish on the podium.”

Round 2 of the Pirelli Cup 2018 will feature FP1, FP2, and Qualifying on Saturday followed by Race 1 and Race 2 on Sunday.