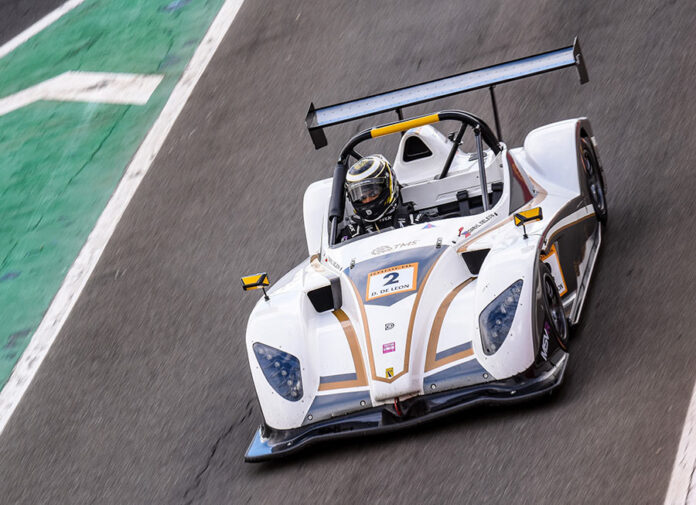 Having only entered the last 3 events of 2021 due to his age, Daryl DeLeon Taylor now has the go ahead to take on the full 2022 season of the Radical SR1 Cup in the UK. This 16-year-old has proven to be quick on track and will settle for nothing less than the driver’s championship with Valour Racing taking him to those race victories.

Winning the title though is easier said than done. For one, word around the paddock is that number of pro drivers are expected to take part in this year’s grid who are far more experienced than Daryl. The entry list could also balloon to 15 cars in the SR1 Cup, which he has to fight against for track position. What’s good though is that he has signed with Valour Racing for 2022 – a team who has proven capable of winning races and championships.

The Filipino-British driver is preparing very seriously for the upcoming season, focusing on fitness, nutrition, and sim racing. A typical day for this teen would consist of around 2-3 hours in the gym and another 3 hours in sim work, training on tracks that are part of the 2022 calendar.

His strategy is to concentrate on one race at a time, deliver consistently good results, and the championship will should come naturally.

Daryl will have 6 opportunities to accomplish that with the Radical SR1 Cup Championship stretching from April ’til September of this year. Each weekend begins with a 20-minute Qualifying and 2x 20-minute Sprint Races on Saturday. SR1 Cup racers then return on Sunday for a 45-minute Endurance Race.

Although not yet confirmed, there is also an option to compete in the Radical World Championship race sometime end of the year. That will allow Daryl to compete against Radical drivers from around the world.

Daryl DeLeon Taylor: “I’m looking forward to racing in 2022 and to new challenges. The biggest challenge I see is consistency in results. With such a big grid, you have to always be pushing to be the best not just in your driving but also in car setup in order to get the performance right every time. This will be my first full year in the Radical SR1 Cup and we’re definitely aiming for the championship. I would like to thank TMS train maintenance, Valour Racing, as well as my family in Manila and Olongapo for the opportunities and support they give me.”