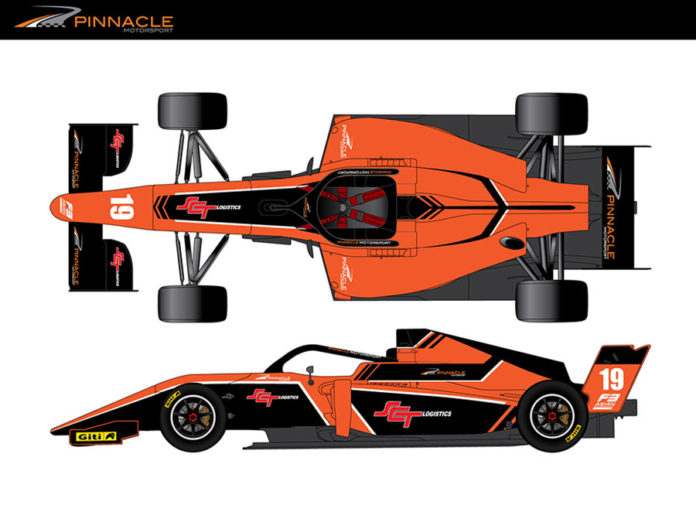 There’ll be several new faces on the F3 Asian Championship grid this 2019. A good portion of those will come from Pinnacle Motorsport who have now confirmed their driver lineup for the upcoming season. The Irish-licensed team is expected to run a total of 4 cars with Jordan Dempsey and Thomas Smith taking the first 2 seats with the other 2 reserved for B-Max Racing.

Dempsey won the F4 China title in 2018 driving for Pinnacle Motorsport, winning 8 races and finishing on the podium a further 7 times. It’s only fitting that he’s re-united with the team that brought him to all those victories as he steps up into Formula 3.

His teammate throughout the year will be Thomas Smith from Australia. The 16-year-old spent 5 years in karting before graduating into single-seaters, competing in the Australian Formula Ford Series and F4 Championship last year.

As with the previous season, Pinnacle Motorsport is again running 2 cars in collaboration with B-Max Racing Team. Tairoku Yamaguchi won the Masters’ Class title in the Asian Winter Series and will be aiming for a repeat. Meanwhile, fellow Japanese driver Yu Kanamaru brings with him years of experience in the World Series by Renault, including 2 starts at the Macau GP and finishing 5th overall in the All Japan F3 Championship last year.

The 2019 F3 Asian Championship Certified by FIA features 5 events with races in Malaysia, Thailand, China, and for the first time in Japan. It will kick-off this April 6/7 at the Sepang International Circuit where Pinnacle Motorsport expects to fight for podium finishes.

John O’Hara, Team Director: “Everyone at Pinnacle Motorsport is looking forward to the upcoming season of the F3 Asian Championship. We’re happy to have Jordan Dempsey back in the team after claiming the drivers’ title in F4 China last year. Tairoku Yamaguchi will also be aiming to repeat his Masters Class’ success in the Winter Series with B-Max Racing. Together with our new drivers Thomas Smith and Yu Kanamaru, we’re confident that we have strong lineup for the season opener in Malaysia.”