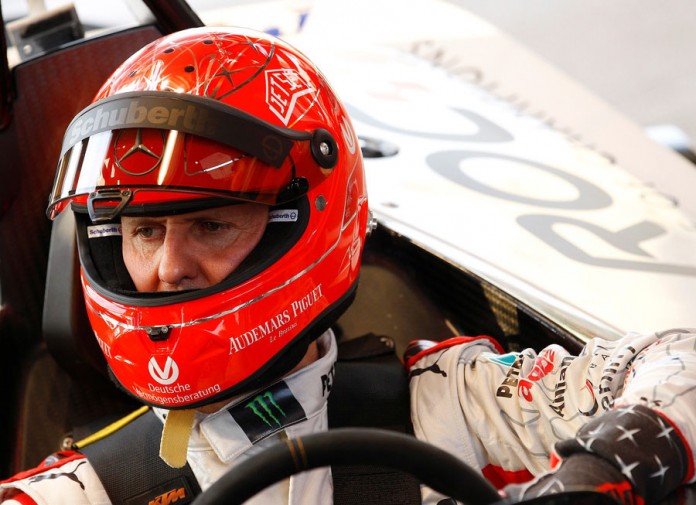 Here’s a bit of good news before 2013 comes to an end. After Michael Schumacher suffered a serious head injury in a skiing accident last Sunday, the doctor’s latest report say that his condition has shown “slight improvement.” But he’s not out of the woods yet.

With consent from his family, Schumi underwent a second operation on Monday night to remove another hematoma, relieving some pressure from his brain due the injury sustained. He is now in a more stable condition than previously, but is otherwise still critical and remains in a medically induced coma.

The medical team also noted that there’s still a lot of hemorrhaging and that it’s still too soon to make any prognosis on his recovery.

“We have a strategy to correct a number of anomalies that continue and we want to give ourself some time during this phase of stability,” said Profession Jean-Francois Payen from the Centre Hospitalier Universitaire de Grenoble in France.

“There is still a long way to go,” he added.

The 7-time Formula 1 world champion was on vacation at Meribel, in the French Alps when he hit his head on a rock while skiing, which cause a severe head trauma. It was said that Schumi was conscious after the accident, but did not respond to questions and eventually fell into a coma. He was immediately airlifted to the hospital and “required emergency neurosurgical treatment.”

On a positive note, doctors do believe that Schumi’s physical fitness should help his chances of recovering.

A message from Schumi family posted on www.michael-schumacher.de reads: “Following Michael’s skiing accident, we would like to thank the people from all around the world who have expressed their sympathy and sent their best wishes for his recovery. They are giving us great support.”