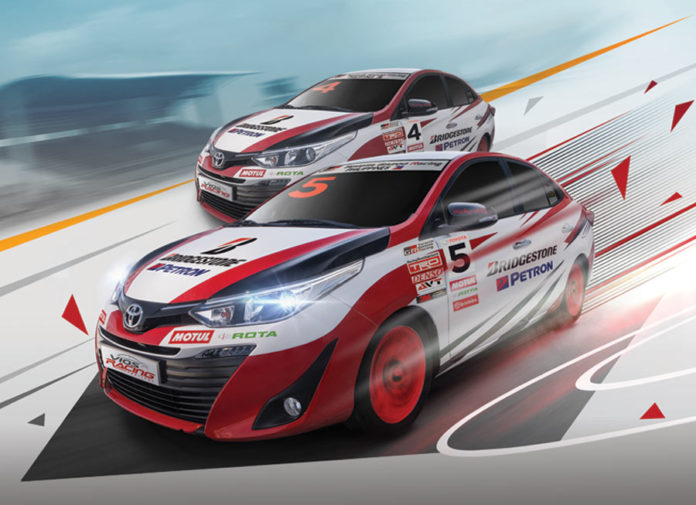 What we’ve known as the ‘Vios Cup’ over the last 5 years has been renamed as the ‘Vios Circuit Championship’. Yes, it’s a mouthful and in a few days, Toyota Motor Philippines (TMP) will kick of its much-awaited 2019 season at the Clark International Speedway (CIS).

The biggest change for the upcoming season is it’s use of the ‘all-new’ Vios. Featuring an updated 1.5L Dual VVT-i engine, this new One Make Race (OMR) Vios will make its track debut since the model was launched last year. Although we’ll have to wait until the first race this June 7/8 to find out whether the new machine is quicker than old one it replaces, what we do know is that 35 examples have been built so far. Of those 35, only 22 are confirmed to start the grid this weekend, which is a far cry from the 51 entries they had 12 months ago.

We’ve been able to confirm that the Super Sporting Class has been scrapped completely for the foreseeable future. That now makes the Sporting Class as the top category with 7 drivers signed up for the season opener. This includes 2018 champion John Dizon of Toyota Marilao – Obengers who has returned to defend his title. Meanwhile, there will be 9 drivers in the Promotional Class, 5 of which are completely new to the series. Then there’s the usual Celebrity Class drivers who will fill up 6 slots on the grid.

With a smaller entry list, we won’t be too surprised if TMP will run all 22 cars together in a combined grid, because that’s exactly how they did it 5 years ago. Qualifying and Race 1 is expected to take place on Friday (June 7), followed by Race 2 and 3 on Saturday (June 8).

Gates open at 9:00 AM on Saturday and admission is free. 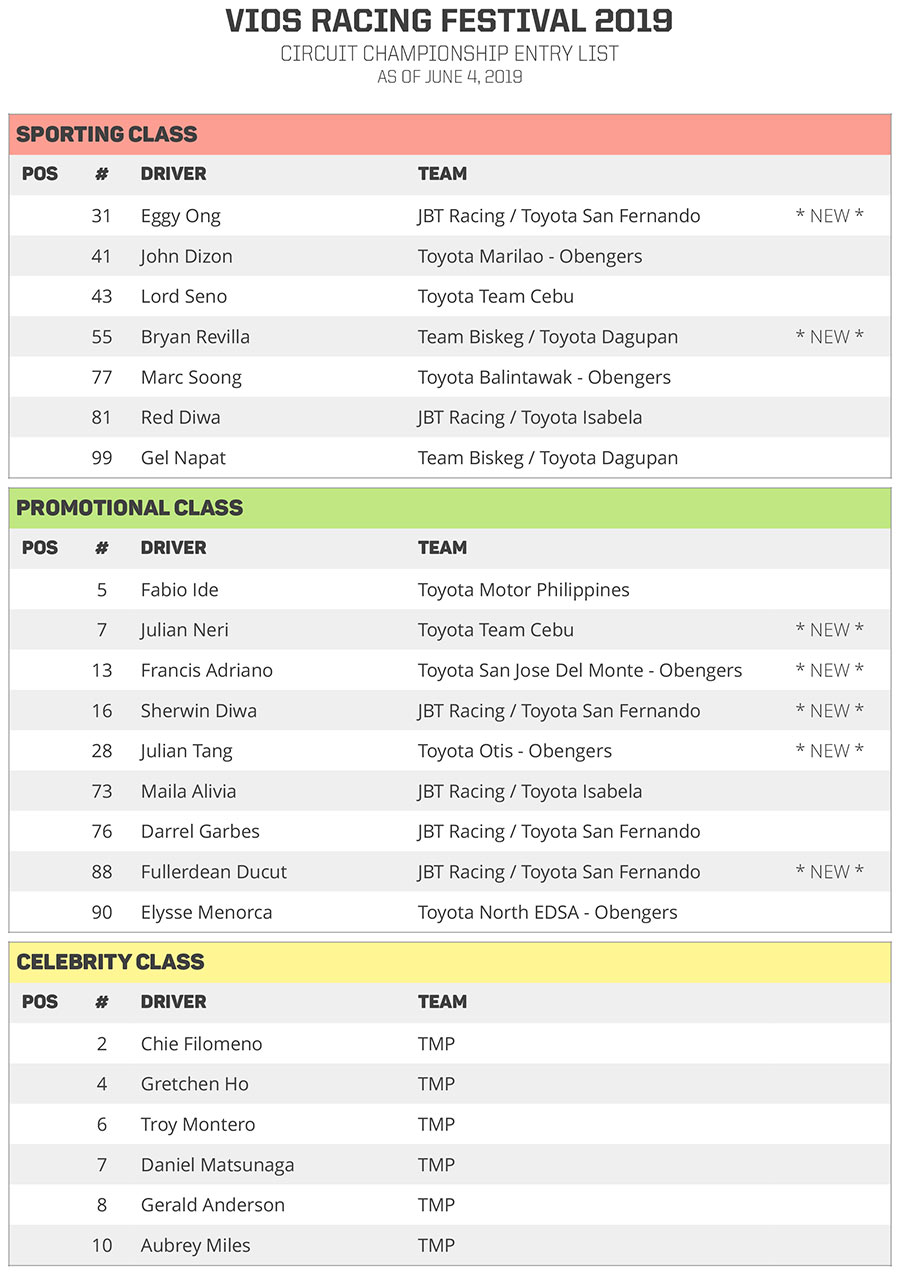