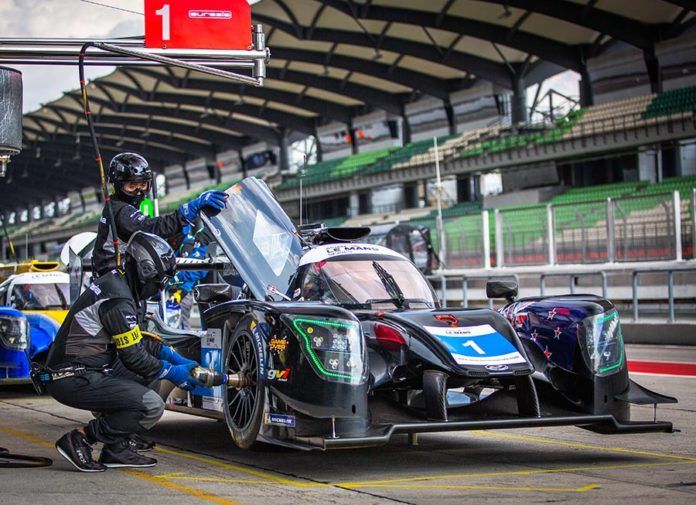 Third time lucky? How about fourth time lucky? That’s what Eurasia Motorsport will be hoping for on their fourth appearance at the 24 Hours of Le Mans this 2020, provided that the twice-round-the-clock race pushes through with its original schedule on the 13th/14th of June.

The only entry to carry the Philippine flag at the French endurance classic is now confirmed to be part of the Official Entry List as published by the Automobile Club de l’Ouest (ACO). Eurasia Motorsport will field the #35 Ligier JS P217 Gibson they campaigned during the Asian Le Mans Series 2019/20 featuring the same ‘All Black’ livery. They’ll be one of the 24 competitors vying for a class win in LMP2 amongst a strong 62-car grid.

Shane van Gisbergen will head the team’s lineup as he makes his Le Mans 24 Hours debut. He is, however, familiar to Eurasia Motorsport having competed at this year’s 4 Hours of The Bend. The Kiwi is also no stranger to success on the international stage winning the 2016 championship in V8 Supercars and the Blancpain GT Series Endurance Cup on the same year.

He will be joined by fellow New Zealander and Le Mans debutant Daniel Gaunt, who also raced with Eurasia Motorsport except for a full season in the Asian Le Mans Series. Prior to switching to prototypes, Gaunt competed in V8 Supercars, Australian GT Championship, and Indy Lights.

Completing the team’s lineup is Japanese racer Nobuya Yamanaka. He competed with Eurasia Motorsport for the past 2 seasons, gaining experience in LMP3 and LMP2 in preparation for his Le Mans 24 Hours debut. But unlike van Gisbergen and Gaunt, Yamanaka has raced at the Circuit de la Sarthe during the Road to Le Mans support race in 2019.

This will be the Philippine-based team’s four time at the 24 Hours of Le Mans. Eurasia Motorsport secured 9th overall and 5th in LMP2 on their debut back in 2016. They then returned in 2017 to cross the line 13th in class, but ran into trouble a year later and was unable to take the chequered flag. Although the team was on the reserve list in 2019, they did not compete. Fingers crossed, we’ll see the Philippine flag on the podium in 2020 with van Gisbergen, Gaunt, and Yamanaka.

Mark Goddard, Eurasia Motorsport Team Principal: “This will be our fourth 24 Hours of Le Mans and after a season off, it will be fabulous to be back for what is the biggest and most spectacular race in the world. Together with BAM Motorsport Promotions and Nobu Yamanaka, we have enjoyed a comprehensive sports car program over the last 18-months and it all leads up to this event.