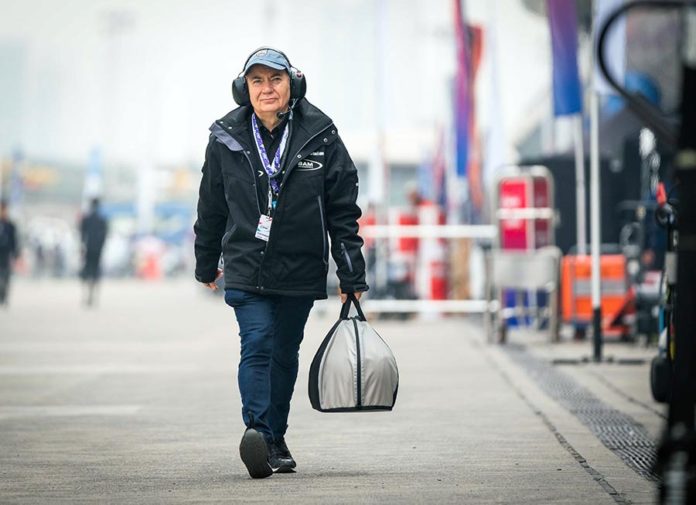 Those who been paying close attention should have spotted a familiar face along the pit lane in this year’s Giti-Formula V1 Challenge. Mark Goddard, who happens to be the Team Principal of Eurasia Motorsport, was not in his usual colors as he served as a driver coach on this rare occasion. And the reason behind this exercise, as we’ve found out, is that his team is exploring options to enter 2 cars in the series by 2020.

Mind you, this is a team that has won races and championships in the Asian Le Mans Series, Blancpain GT Asia, TCR Asia, Formula Masters, Formula Pilota, and Formula BMW. They’ve even competed the 24 Hours of Le Mans thrice and is, until now, the only entry to have raced at the famed Circuit de la Sarthe with the Philippine flag.

So, what could have attracted a world-class outfit like Eurasia Motorsport into a local single-seater championship like the Formula V1 Challenge?

“JP Tuason and myself have similar aims, we both want to help drivers progress as much as they can in motorsports. But while a majority of drivers are happy to race nationally, we want to give those few who have aspirations to race abroad the opportunity to do so with Eurasia. Many of our current LMP and GT drivers started their car careers with us in the junior regional formulas and we want to develop relationships with local drivers by competing in FV1,” commented Goddard.

Hence, they’re letting the word out that Eurasia Motorsport is now open to sign new drivers for 2020. Applicants could range from young F1 aspirants to older gentleman racers who want to move up to international racing with the team in TCR, GT, or LMP.

Their drivers will not only be serviced by the same talented Filipino technicians they use in Le Mans, TCR, and single seaters, but also benefit from their experience at the highest levels of motorsport and renowned driver development. A testament to this is their long list of graduates that just so happen to include the likes of Daniel Miranda, Marlon Stockinger, as well as current Formula 1 drivers Daniel Ricciardo and Antonio Giovinazzi who both started their racing careers with Eurasia Motorsport.

Aside from volunteering himself as a driver coach this season, Goddard also offered a test in a Formula Masters to whoever finishes runner-up in the 2019 championship. That so happened to be Ryo Yamada of Cleanfuel-Motul Racing who had a whirl around the Sepang International Circuit earlier this month.