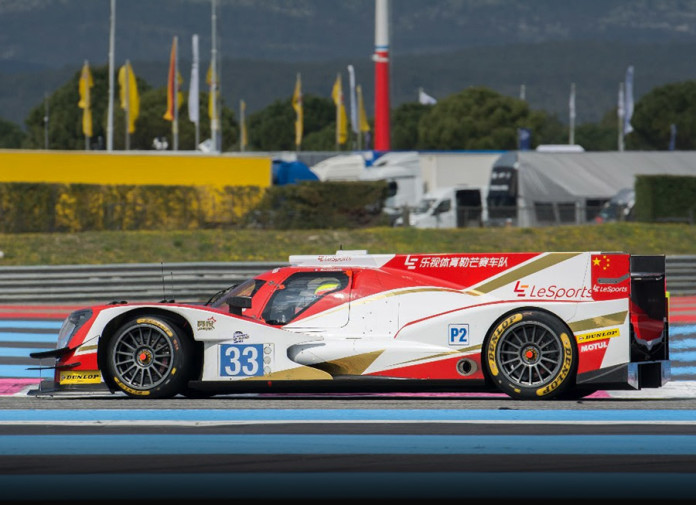 In 2016, Eurasia Motorsport’s new ORECA 05 Nissan LMP2 will be wearing a different race livery at the European Le Mans Series (ELMS) and 24 Hour of Le Mans. This is after the Philippine-based team signed a partnership with LeSports TV to satisfy Asia’s growing interest in endurance sportscar racing.

Thus, they’ll be known as “Le Sports by Eurasia Motorsport” from now on.

LeSports TV, which is a Chinese sports network, has a comprehensive content platform and media rights for 300+ sporting events worldwide. And what they’ll do with Eurasia Motorsport is livestream each and every round of the 2016 ELMS and 24 Hours of Le Mans. There, the network will follow the team around with a crew inside Eurasia’s camp. One of their goals is to produce uniquely Chinese ELMS content and promote the team’s Chinese driver Kevin Pu Jun Jin.

“LeSports is an invaluable media platform for global sports brands and will boost all aspects of Eurasia Motorsport’s presence in China,” said Team Principal, Mark Goddard. “It is known for providing an enhanced viewing experience to Chinese fans and one of the core aims of its extensive live coverage of the European Le Mans Series and the 24 Hours of Le Mans is to inspire and encourage a generation of top-flight homegrown drivers from China to race in and enjoy this amazing sport, just as Kevin Pu Jun Jin has done.”

Eurasia Motorsport finished 2nd in the 2015 Asian Le Mans Series’ LMP2 class and 6th in their debut at the ELMS. This earned them a spot on the 24 Hours of Le Mans’ starting grid this year with their brand new ORECA 05 Nissan LMP2 prototype. The team will be represented by its drivers Kevin Pu Jun Jin, Nick de Bruijn, and Tristan Gommendy. They’re now busy preparing for the 2016 ELMS season opener at the 4 Hours of Silverstone on Apil 16.