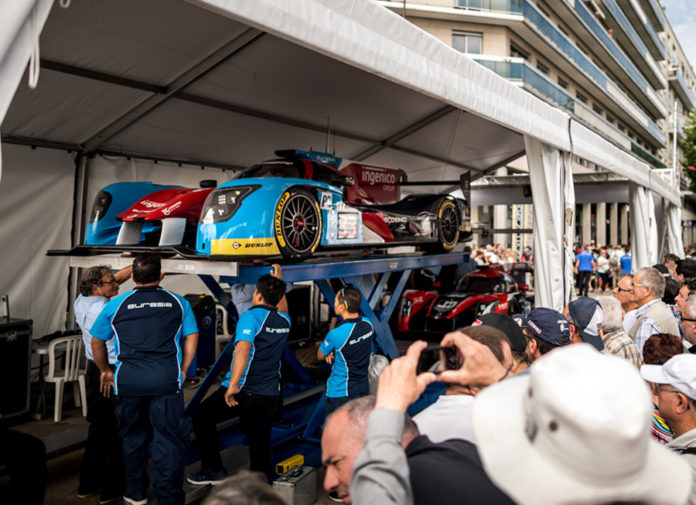 In just a few days, we’ll once again see the Philippine flag race around the Circuit de la Sarthe as Eurasia Motorsport take part in the 85th 24 Hours of Le Mans. They’ll do so in the #33 Ligier JS P217 – Gibson, which proudly bares our nation’s flag on the left front bodywork.

This will be the team’s second attempt at the twice-round-the-clock race. Eurasia Motorsport finished 5th in LMP2 on their debut last year, making them the highest finisher of all non-WEC entries. They’re hoping to beat that, possibly even a podium finish, in 2017 with a completely new driver lineup of Jacques Nicolet, his son Pierre, and Erik Maris.

If those names sound unfamiliar, you should know that Jacques not only has 16 years of experience in endurance racing, but also owns Onroak Automotive who is the manufacturer of Ligier prototypes. Pierre, on the other hand, is a rookie at Le Mans while Erik entered the 2015 race with OAK Racing.

“The team’s goal for Le Mans is to finish the race with no on-track problems or pit lane penalties,” said Team Principal Mark Goddard. “If we can achieve this, we have a good chance of finishing with a good result. In many ways we are following the spirit of Le Mans with an all ‘gentleman driver’ line-up and with a strong and reliable car in the Ligier JSP217, I do not see why we cannot achieve our goal.

“We are an Asian based team running under the Philippine flag and our mechanics relish the opportunity to once again demonstrate what they can do in Europe.”

We wish Eurasia Motorsport the best of luck this weekend and looking forward to see the Philippine flag fly on the podium. The 85th 24 Hours of Le Mans will take place from June 17 to 18 with Qualifying scheduled on June 14.