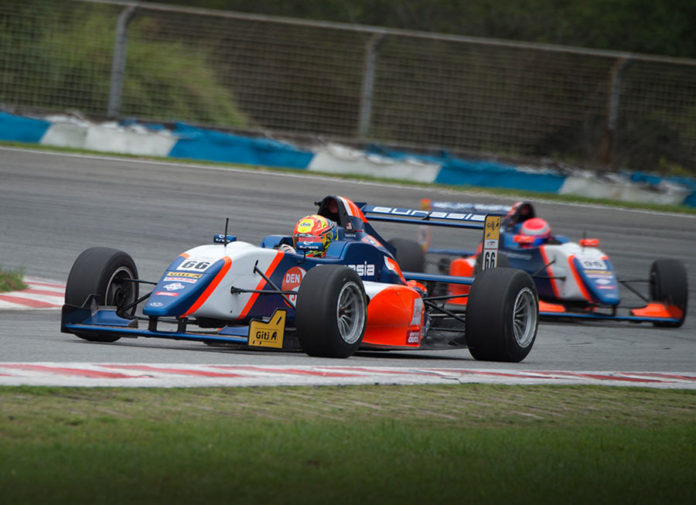 One of the 16 drivers in this year’s Giti-Formula V1 Challenge will be given the rare opportunity to test a modern single-seater later this year, on no less than a Formula 1-grade track. This is thanks to a new partnership between the series organizers and Eurasia Motorsport.

The Philippine-based outfit has 16 years of experience competing in both regional and international events. They’ve entered the 24 Hours of Le Mans on 3 occasions, European Le Mans Series in ’15 and ’16, as well as the Asian Le Mans Series, Blancpain GT Asia, Formula Masters Series, and most recently in TCR Asia Series. With over 40 championship titles under their name, and long list of graduates that include the likes of Daniel Ricciardo, Antonio Giovinazzi, and Marlon Stockinger, they now want to open up their driver-development program to help local talent move up the motorsport ladder.

“JP Tuason and myself have similar aims, we both want to help drivers progress as much as they can in motorsports. Recently the Vios Cup and now FV1 has seen a resurgence in drivers joining the sport and we recognized that some may wish to develop their driving career by racing internationally. Daniel Miranda is a prime example, being a graduate of Vios and FV1. It made sense to both myself and JP to offer drivers a path to racing outside of the Philippines. Eurasia Motorsport is happy to help and we are looking forward to finding more Marlon Stockingers and Daniel Mirandas! Any driver of any age can move up with us all the way to Le Mans or international racing in TCR, GT, or LMP,” said Mark Goddard, Eurasia Motorsport Director.

Hence, they’re giving a current FV1 driver a go in their Formula Masters FA010 at the Sepang International Circuit, which will include world-class coaching and training.

The carbon monocoque single-seater is powered by a 185 hp 2.0L Volkswagen engine with a 6-speed Sadev paddle-shift gearbox. It weighs about 525 kg without the driver, features high levels of downforce, and rolls on Giti Compete GTR1 racing slicks.

Naturally, this is the next step up after Formula V1 before a driver graduates into GT, LMP3, or LMP2.

One example is current Eurasia Motorsport protege Daniel Miranda. After winning the Toyota Vios Cup title in ’17, he split the 2018 season racing in Formula V1 under Obengers Racing and Asian Formula Renault with Eurasia Motorsport. The driver from Cebu then shifted to TCR Asia Series this year where he has since been picked up as a Hyundai Motorsport Customer Racing Junior Driver.

Eurasia Motorsport has yet to reveal the criteria how the winner will be chosen, but will be announced in the coming months.