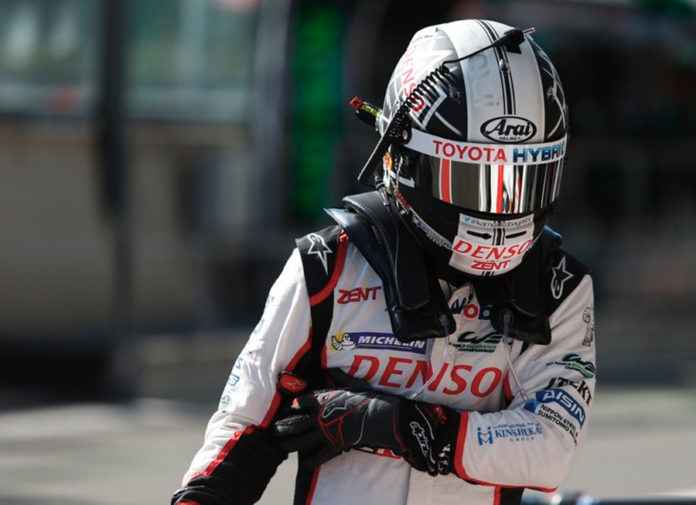 KC Motorgroup Ltd. (KCMG) will have a new driver in Super Formula for 2017 – a Japanese ace who goes by the name Kamui Kobayashi. Yes, the ex-BMW/Sauber/Caterham Formula 1 and current Toyota Gazoo Racing driver is joining the Hong Kong-based squad this year.

Kobayashi, who raced for 2 seasons with Team LeMans, takes over the spot vacated by Yuichi Nakayama. That mainly involves KCMG’s Toyota-powered No. 18 Elyse SF14 which he will drive in all 7 events in the 2017 calendar.

While he ended the ’15 season 5th in the Drivers’ Championship, ’16 was a year to forget for Kobayashi. 7th would be his highest finish, scoring a single point, and placed 17th in the championship. But 2017 could finally be his year. The signs are pointing in the right direction so far, such as in the post-season test last November where he posted the 7th fastest time overall around Suzuka.

Despite his commitments with KCMG, Kobayashi is still part of Toyota Gazoo Racing’s LMP1 program. There he will share a TS050 Hybrid with Mike Conway and José María López in the World Endurance Championship (WEC) and 24 Hours of Le Mans.

Kamui Kobayashi: “I’m very proud to be part of KCMG and to represent them in Super Formula this 2017 season. We only have one car, but I think we have a good opportunity because of my experience. Our target is to win races and concentrate on developing a very competitive package – formidable engine-wise and have a strong team of mechanics as well. We are confident for this new season and I’m definitely hoping and looking forward to achieve positive results.”

Ryuji Doi, KCMG Head of Motorsport: “We are delighted that Kamui will join us in our Super Formula campaign and we’d like to thank Toyota for allowing this to happen. Kamui is one of best Japanese drivers around and we are thrilled to have him represent KCMG. I would also like to have this opportunity to thank Yuichi Nakayama for the hard work he’s put in the past 3 seasons with us and I wish him good luck in his new endeavors this season. We’re confident of a strong year ahead, with the team already preparing and working very hard to provide Kamui with the best car possible. It will be an exciting season for sure and we’re looking forward to it!”