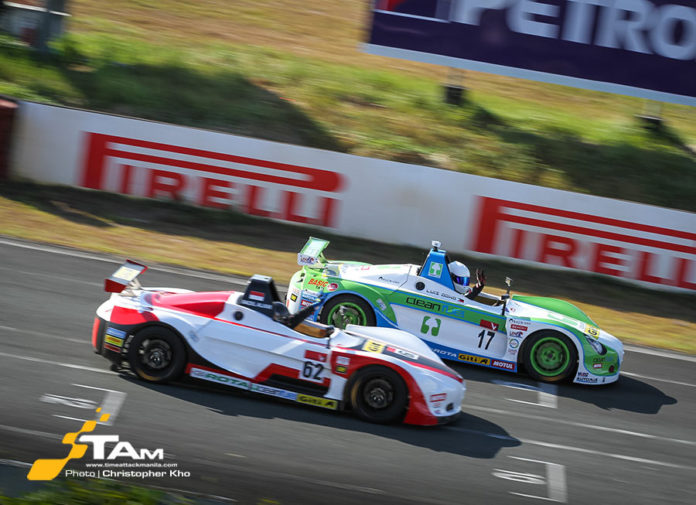 The inaugural Giti-Formula V1 Challenge (FV1) is turning out to be an epic showdown between some of the top drivers in the Philippines. And to spice the championship up, it’ll be hosting 3 races at the Clark International Speedway (CIS) this coming October 26/27 with double points up for grabs for the last 2 heats.

Championship leader Tyson Sy of PartsPro Racing and Luis Gono of Cleanfuel Racing are only separated by 6 points in the driver standings. Both drivers has had a win each so far this year so it’ll be a toss up who will come out on top: a former Formula 3 champion or a Vios Cup champion?

But do expect wild card entry Daniel Miranda from Toyota Balintawak-Obengers to mix it up in the Pro Class. The ’17 Vios Cup champ and Asian Formula Renault driver finished 3rd on his FV1 debut last August and could upset Sy and Gono’s fight for the title.

Meanwhile, 19-year-old Sean Smith of PartsPro Racing is the highest-placed Am Class driver. He holds a very slim 2 point advantage over Growl-Thule Racing’s Jussi Hoikka, so do watch out for a battle to brew between the 2. 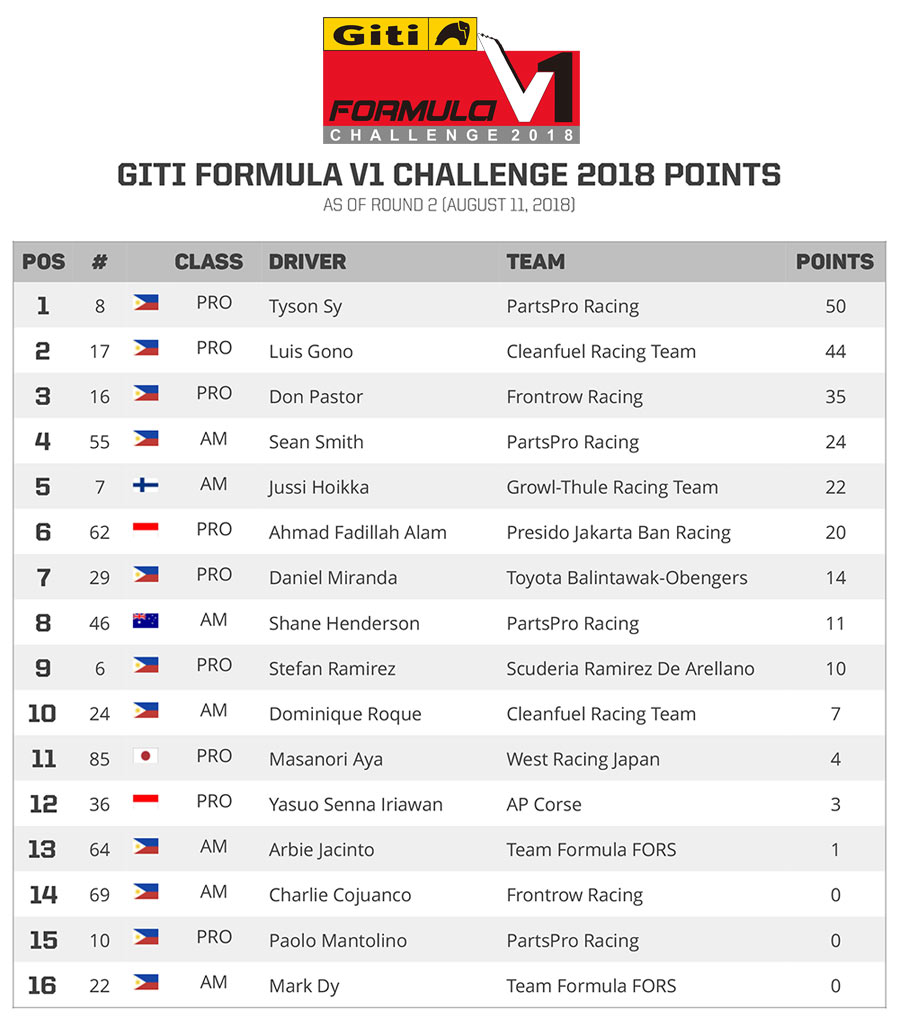 “Our vision has always been to give fellow Filipinos a chance to be globally competitive. This is just the next step of what has been built by Toyota and other grassroots race series,” says JP Tuason, TRS and Formula V1 founder, “I am really happy that we are gaining traction for the series, more and more teams are interested to join and we hope more people will support the series.”

Round 3 of the Giti-Formula V1 Challenge will be a support race for the FlatOut Race Series (FORS). Qualifying is scheduled on Friday followed by Race 4, 5, and 6 on Saturday.