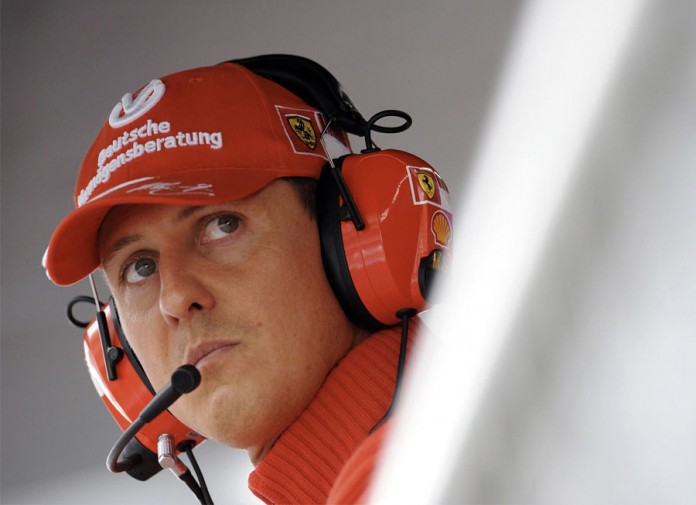 6 months after the skiing accident, Michael Schumacher’s family has finally confirmed that the 7-time Formula 1 world champion is no longer in a coma.

Schumi was skiing in the French Alps during the Christmas break last year when he fell and suffered severe head injuries. This left him in a coma and for several months, doctors worked hard to improve the German’s condition. The doctors began Schumi’s ‘wake up process’ in late January. But it was not until April when he started to show ‘moments of consciousness’. Then, the news just stopped coming, which left some to doubt Schumi’s chances of recovery.

Thankfully, after a long 2 month wait, his family has now issued an official statement saying that he’s out of the coma and has been moved out of the University Hospital in Grenoble where he was confined since the accident.

“Michael has left the CHU Grenoble to continue his long phase of rehabilitation. He is not in a coma anymore,” the family said in a statement.

Although they didn’t elaborate on Schumi’s condition, whether he could recognize people, talk, or walk, this gives us all hope that the he can recover. Perhaps, if we’re lucky, we might just even see him get back behind the wheel. After all, he is a great fighter.

The statement added: “His family would like to explicitly thank all his treating doctors, nurses and therapists in Grenoble as well as the first aiders at the place of the accident, who did an excellent job in those first months. The family also wishes to thank all the people who have sent Michael all the many good wishes to Michael. We are sure it helped him.”

His family, however, asks for understanding that his rehabilitation will take place away from the public eye. This also means that we probably won’t get much updates in the near future. But honestly, we don’t mind at all as long as we know that Schumi is now on his way to recovery.