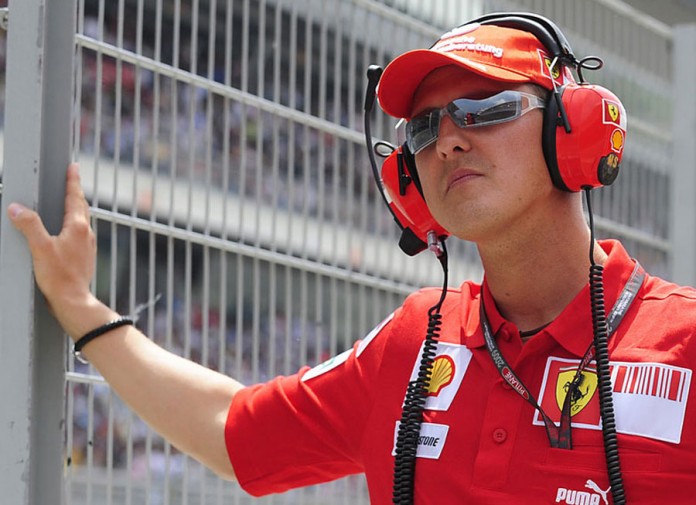 Michael Schumacher may have moved to Mercedes-Benz in 2010, but to Ferrari, the 7-time Formula 1 world champion still wears red inside. And on January 3, Ferrari S.p.A. is holding a silent vigil outside his hospital to celebrate the German’s 45th birthday.

Schumi remains in a medically induced coma in a Grenoble hospital, France, after suffering a serious head injury in a skiing accident last December 29. Although witnesses have confirmed that he was only traveling at moderate speeds, by sheer bad luck, he fell down and hit his head on a rock. Schumi was said to be in critical condition and “required emergency neurosurgical treatment.” A second operation was performed on the 30th to stabilize his condition, but was not out of danger yet.

Thus, Schumi’s old Formula 1 team, along with local Scuderia Ferrari clubs from France and Italy, will travel by bus to the Grenoble University Hospital Centre for the tribute. Ferrari spokesman Renato Bisignani said that attendees were encouraged to wear red and bring flags as “a sign of closeness to Michael Schumacher.” Of course, these guys will make sure to “remain sensitive at this difficult time” and offer a silent vigil instead of a surprise birthday party.

We guess that, after 11 years and 5 world titles, Schumi is and will forever be part of the Ferrari family even if drove for Mercedes-Benz for 3 years.

And speaking of family, a message was posted on www.michael-schumacher.de from Schumi’s family which reads: “Following Michael’s skiing accident, we would like to thank the people from all around the world who have expressed their sympathy and sent their best wishes for his recovery. They are giving us great support.”

However, we noted that they added this line the previous day, which gives us all hope: “We all know he is a fighter and will not give up.”

Doctors say that they still can’t give a prognosis on his condition in the coming days or months. But, they did confirm that it is medically possible for a person to fully recover even after spending weeks in an induced coma.