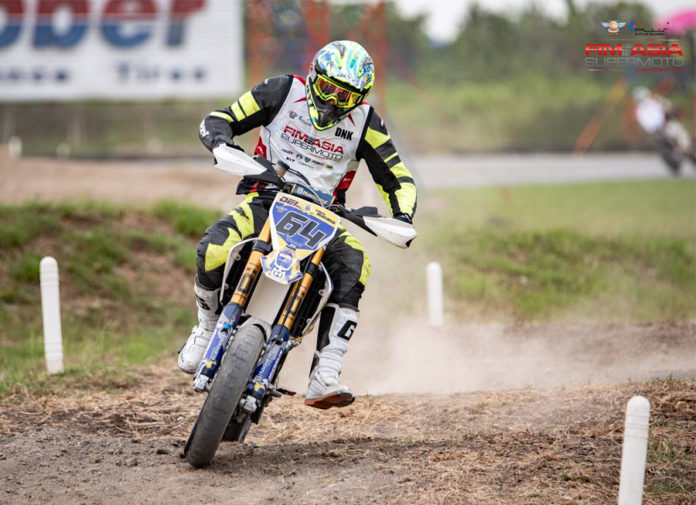 We may not be nuts for 2-wheeled motorsports, but this is something that warrants our full attention. After the trilling season opener in Thailand, the FIM Asia SuperMoto Championship is scheduled to make its next stop in the Manila. And they’re coming here for the Round 2 of the 2018 calendar this September 7/9.

They’ll set up a track at the Quirino Grandstand, motocross-style complete with dirt off-road and paved on-road sections. The weekend will then feature Asia’s best talents with 2 riders racing the Philippine flag.

Mark Reggie Flores and Kenneth San Andres are aiming to take advantage as they compete on home soil. Meanwhile, Denmark’s Simon Vilhelmsen will be looking to build on his championship lead following his near-perfect performance at the season opener. Ranked 4th in the world, the Dane will face stiff competition from SuperMoto star Lewis Cornish. The rider from the UK is looking to bounce back in Manila after poor health hampered his performance in Thailand.

“With the competition already heating up following a stunning season opener in August, we can expect the riders to give it their all at the round, giving Philippine racing enthusiasts and fans something to look forward to!,” notes Andrew Ching, Chief Executive Officer of E-Plus Global Sdn Bhd, promoter and organizer of the FIM Asia SuperMoto Championship.

“To be able to stage a round of the championship at the country’s most famous landmark of the Quirino Grandstand is a definite boost in our ongoing and continued motorsports development efforts in the Philippines. By working with our local entity, E-Plus Event Management Philippines, Inc. and local partner, Plug we are able to bring motorsports closer to the public and the high level of competition with the quality of top international riders coming through means we can look forward to an action-packed weekend of SuperMoto action this September.”

The race weekend will commence on September 7 (Friday) with Practice, followed by Qualifying and SuperChrono sessions on September 8 (Saturday). The Moto1 and Moto2 races will then take place on September 9 (Sunday).

Supported by the Philippine Department of Tourism (DOT), the Philippine National Parks Development Committee (NPDC), and the Moto Tourism Council (MTC), the 2nd Round of the FIM Asia SuperMoto Championship 2018 season at the Quirino Grandstand in Manila will be streamed live through its OTT channel partners, twenty3.tv and twowheels.tv.

More information on the FIM Asia SuperMoto Championship is available at www.supermotoasia.com and at www.facebook.com/FIMAsiaSupermoto.