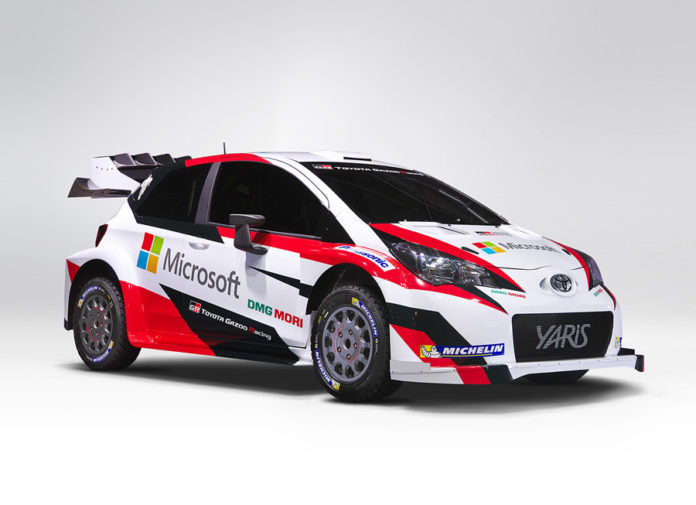 At the Paris Motor Show, Toyota told the world that when they do return to the WRC next year, Microsoft will be with them every step of the way to serve as a ‘technology’ partner. It has something to do with creating autonomous vehicles and cloud services, but we don’t give a sh*t about that.

What really got our attention was their 2017-spec Yaris WRC rally car that made its first public appearance camouflage-free.

Flying the full race colors of Toyota GAZOO Racing WRC, this is pretty much what we’ll see fly through WRC stages in Rallye Monte Carlo. It’s a huge departure from the very first prototype teased in 2015 and more closely resembles the mule they tested earlier this year. Aside from the livery, the only main difference we spotted are the revised vents on the hood. Otherwise, it’s all there.

The Yaris WRC is built to meet 2017 regulations allowing for wider cars, bigger aero, and more power. 80 hp more to be exact, bringing the max output to 380 hp from a tiny 1.6L turbo engine that’s at par with the WTCC.

As of the moment, we still have no clue who will be piloting for Yaris WRC in 2017. Heck, we’re not even sure how many Toyota is entering next year. All we’re sure of is that 4-time WRC champion Tommi Mäkinen will serve as Team Principal. 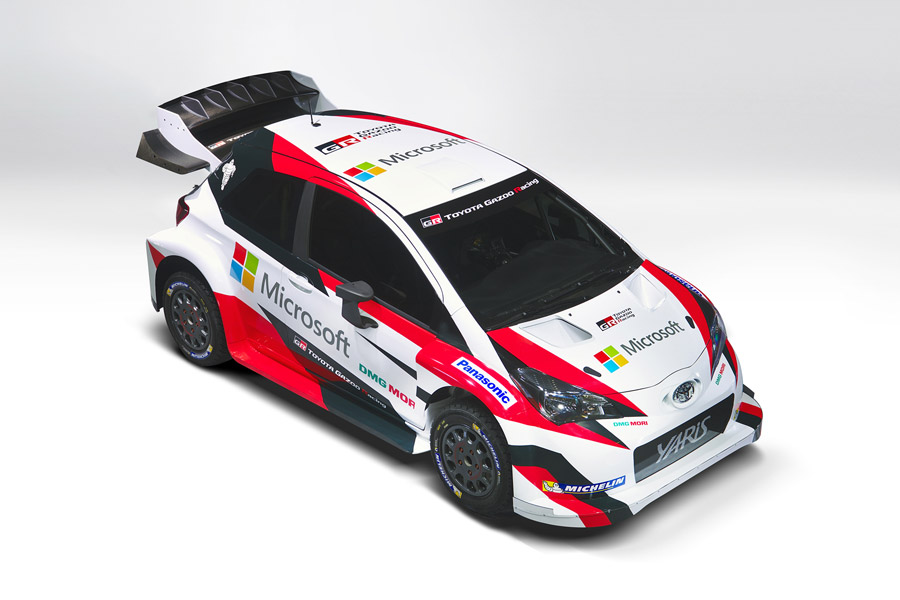