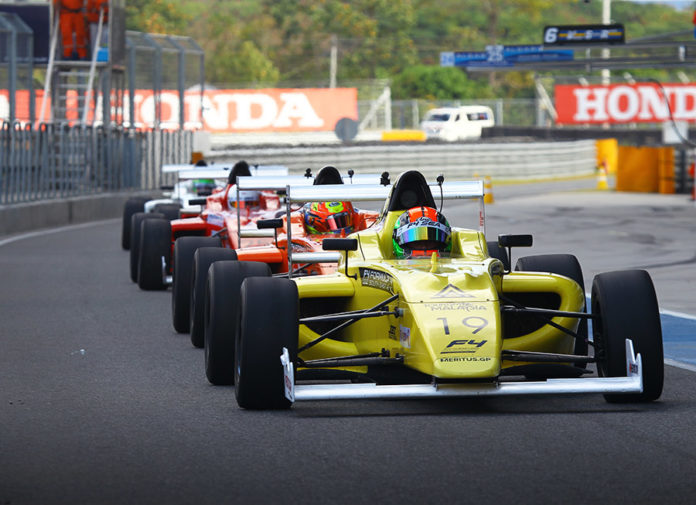 After the race in Indonesia was called off due to “logistical complications,” the Formula 4 Southeast Asia Championship (F4SEA) has now confirmed a new venue for their 3rd event. They’re moving it to the Buriram International Circuit and will take place this December 8/10.

Thailand was the most logical choice for the single-seater series as they were already scheduled to visit the kingdom early next year. This not only makes it simpler for them in terms of organization, but also helps the event grow by turning it into a doubleheader. 6 races will be held this December with another 6 happening on January 12/14 for the F4 SEA’s 4th event.

Local heroes Kane Shephered and Shivin Sirinarinthon will surely be the favorites in Thailand. Shepherd is proving to be a top driver in his rookie season where the 15-year-old has finished all 11 races with 5 podiums so far.

“I have been on the podium five times in 11 races and twice came close to winning. This proves I’m on the right path. I just need to translate my podiums into wins. With another 3 events and 19 races until the season ends, anything can happen,” said Shepherd.

Sirinarinthon, on the other hand, has gradually improved on every outing and scored a well-deserved 4th in the final race at the Clark International Speedway.

“I’m feeling much more confident since Sepang, but I can still improve a lot. Driver coaching has helped me massively, showing that I’ve been braking wrongly in certain places for example,” Sirinarinthon commented.

Scoring a home victory, however, will not be easy as the 2 local drivers face stiff competition in Thailand. They’ll have to outpace Daniel Cao, Adam Khalid, and Filipino-British brothers Ben and Sam Grimes.