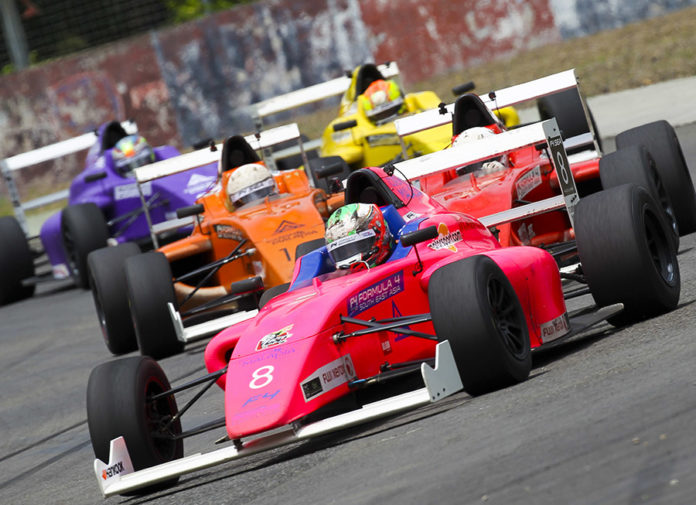 Supposedly, the Formula 4 Southeast Asia Championship (F4SEA) was going to hold their third event of the season this November 24/26 at the Sentul International Circuit. But due to “logistical complications”, the organizers sadly had to postpone the race and move to a different venue.

“Sentul is very important as Indonesia is a strong driver market and we won our first championship there in 1996. We had a great time there last year with home-grown hero Presley Martono winning the event champions trophy,” said Peter Thompson, F4 SEA organizer.

Fueled by Petron Blaze Racing, it would have been nice to see Daniel Cao, Adam Khalid, Eshan Peiris, Shivin Sirinarinthon, Kane Shepherd, and our very own Ben and Sam Grimes resume their title hunt in Indonesia. But this affects local heroes Presley Martono, Perdana Minang, and siblings Keanon and Kezia Santoso the most.

Why so? Because the schedule change means that they won’t be able to compete for podiums in their home F4 SEA race. We guess that opportunity will have to wait ’til the 2018/2019 season.

Thompson indicated that the event could be moved to the Buriram International Circuit in Thailand sometime in early December. This would fit well in their calendar since next event will also take place on the same track in January ’18. It’ll then head to the Sepang International Circuit for the finale in February.