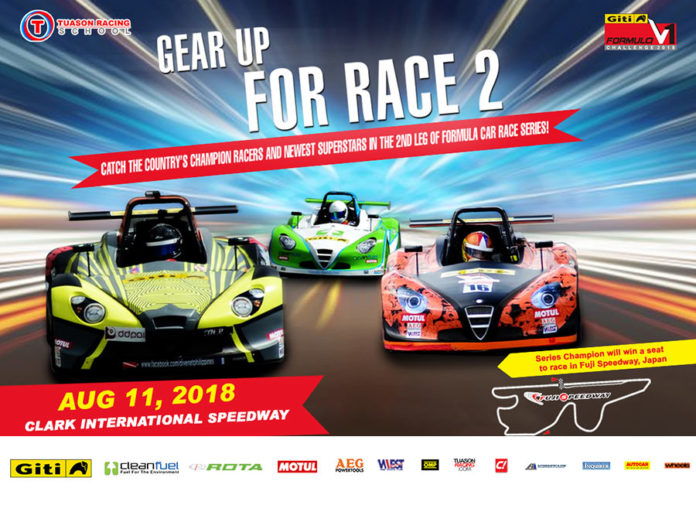 After a successful debut event last May, the Giti-Formula V1 Challenge (FV1) is finally set to resume the 2018 season this weekend. It’ll share the track with the Petron x FlatOut Race Series this August 11 and feature a bigger 14-car grid at the Clark International Speedway (CIS).

There are 4 new additions to the series.

2017 Vios Cup Champion and Asian Formula Renault driver Daniel Miranda is back with his old team Toyota Balintawak-Obengers to compete with the top guns in the Pro Class. He’ll be joined by 2014 Philippine GT200 champion Paolo Mantolino who has signed up for a drive with PartsPro Racing. Flying all the way from Indonesia, champion karter and Renault Clio Cup driver Yasuno Senna Iriawan will get his first taste of FV1 as races with AP Corse.

Meanwhile, seasoned racer Charlie Cojuangco will be joining the Am Class grid under the banner of Frontrow Racing.

As is stands, Tyson Sy and Don Pastor currently shares the overall championship lead. But with Don competing in the AV8 Championship this weekend, it opens the title chase wide open for Luis Gono of Cleanfuel Racing. The highest-placed Am Class drivers, on the other hand, are Sean Smith of PartsPro Racing and Jussi Hoikka of Growl-Thule Racing who are tied in 5th spot. 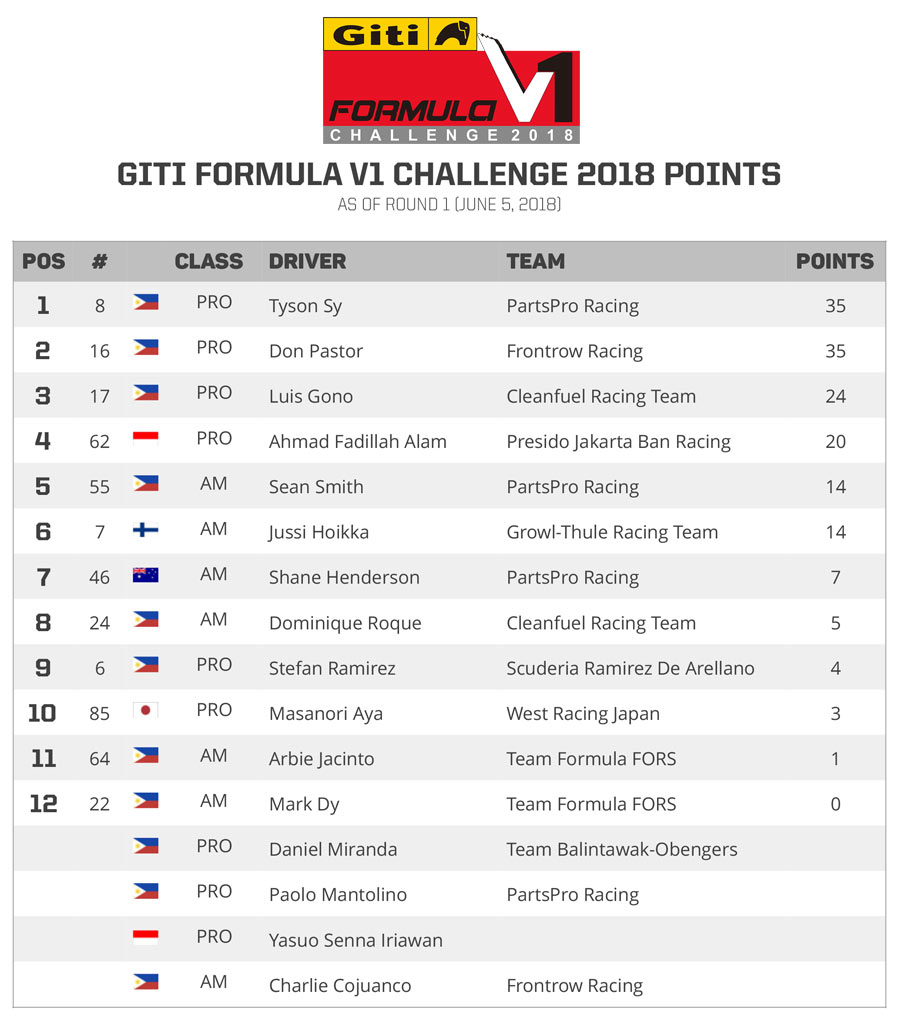