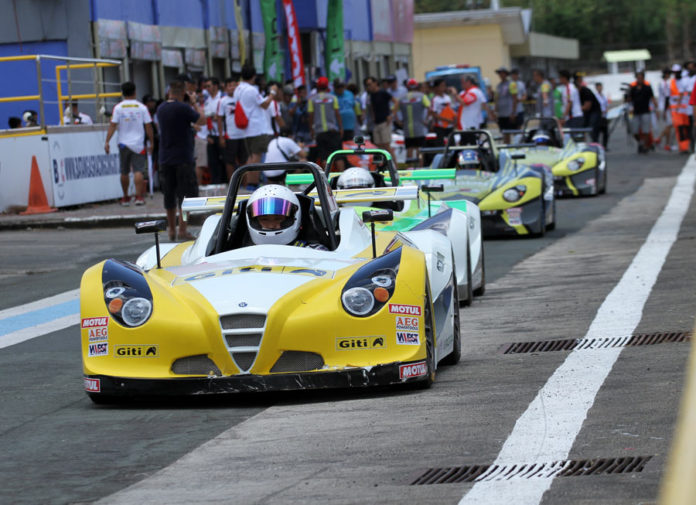 Coming a successful 2018 season, Tuason Racing has announced that Giti Tire has renewed its support for the Formula V1 Challenge (FV1) for another year. Not only will it serve as the one-make-series’ official tire supplier, but also its title sponsor.

Giti Tire is a Singapore-based global tire company. It offers a full range of tires which it supplies to more than 130 countries worldwide with R&D facilities in the USA, United Kingdom, Germany, China, and Indonesia. The brand also invests heavily in motorsports with a comprehensive range of competition tires for circuit racing, rally, and 4×4. Aside from the FV1, Giti is also the official tire of the F3 Asian Championship Certified by FIA.

The Giti-Formula V1 Challenge’s uses the GitiSport GTR3 RR1 as the series’ official tire in 195/55R15 size. This is a semi-slick sports tire optimized for dry conditions. It features large center ribs that optimize stiffness and contact surface, while the distinct triangular grooves regulate tire deformation.

“We are very happy to be working with a great partner in Giti tires. They are becoming one of the major players in motorsports with their support in different international series such as the F3 Asian Championship. They see the potential in Formula V1 and what we are trying to achieve by helping Filipinos and other racers in the region to level up as globally competitive Asian racing champions,” said Tuason Racing President JP Tuason.

The 2019 race calendar will have a total of 5 events. There will be 3x Sprint Races, 1x 4 Hour Endurance, and 1x FV1 Race at Suzuki, Japan for the overall championship winner.