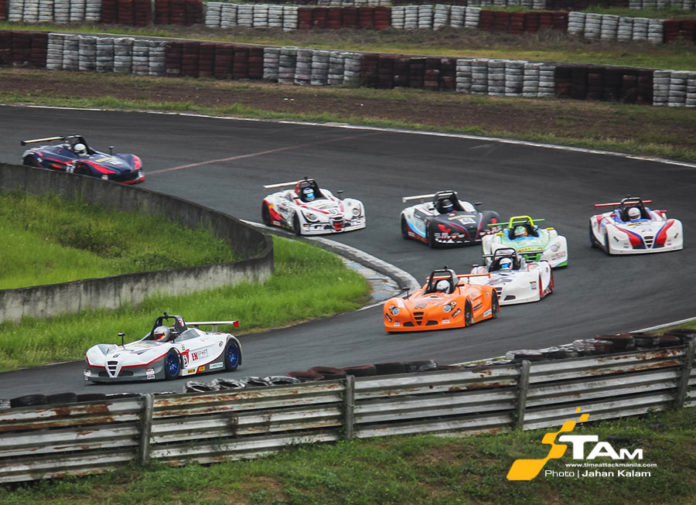 With its non-stop wheel-to-wheel action, racing incidents, and even an FV1 ending up on its roof, the curtain raiser for the Giti-Formula V1 Challenge 2019 last May 18/19 was nothing short of spectacular. 16-cars would take to the grid of the Batangas Racing Circuit (BRC) that weekend which, to everyone’s enjoyment, produced 3 different Pro and Am Class winners from 3 race starts.

Ryo Yamada went on to win 2 of those for Cleanfuel Racing, but his hopes of a hat trick was derailed when he was punted into a spin in the final race of the weekend. Still, the Japanese driver lead the championship standings by a slim 3 point lead over closest rival Estefano Rivera, who himself scored a hard-fought victory for Toyota Otis Obengers.

What surprised us, however, was how Am Class driver Alex Brown ended up 3rd overall in the points race. Still fresh from go karts, this was supposed to be the 16-year-old’s single-seater debut, yet his performance was miles better than the more experienced drivers in the field. Remarkably, he finished 3rd in all the of races and earned 3 Am Class victories.

Raymond Ronquillo, Stefan Ramirez, and Jussi Hoikka were the other highest-placed Pro Class drivers, followed by Red Diwa and Shane Henderson in the Am Class.

Gaby Dela Merced of Glutamax M1 Racing was one of the unlucky few who had to retire after she was tagged at the start of Race 2. Despite the DNF, she’s currently 9th in the standings with a lot more expected to come from the series’ lone lady driver. But it was nothing compared to what happened to Dominque Roque. His #24 Cleanfuel Racing entry had all 4 wheels up in the air as a result of a collision with another car in Race 3. Thankfully he was able to escape unhurt and holds onto 12th spot in points.

As for Phoenix Petroleum’s Young Driver Program winner, Raffy Rabe wrapped up his first FV1 experience with a best 4th place finish to tie with Roque in the championship. 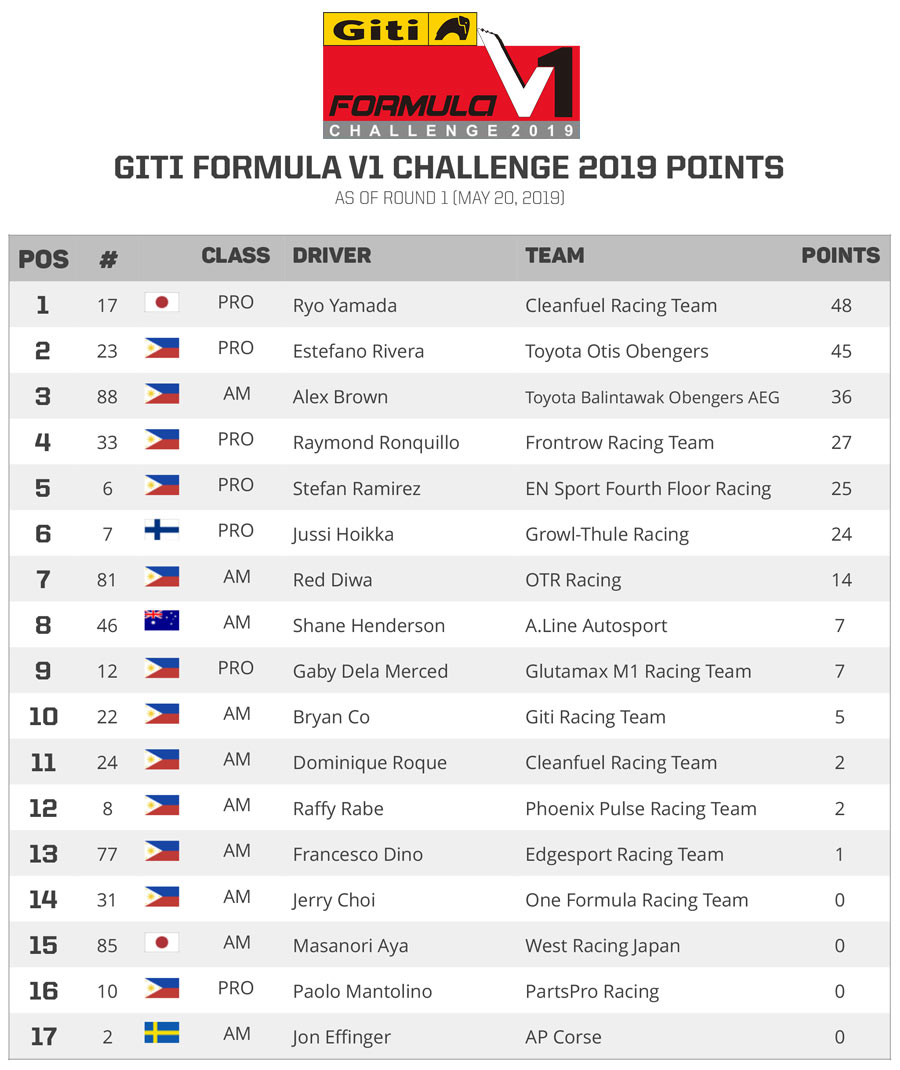 The championship resumes on July 20/21 when the Giti-Formula V1 Challenge heads to the Clark International Speedway for the next event in the 2019 calendar.