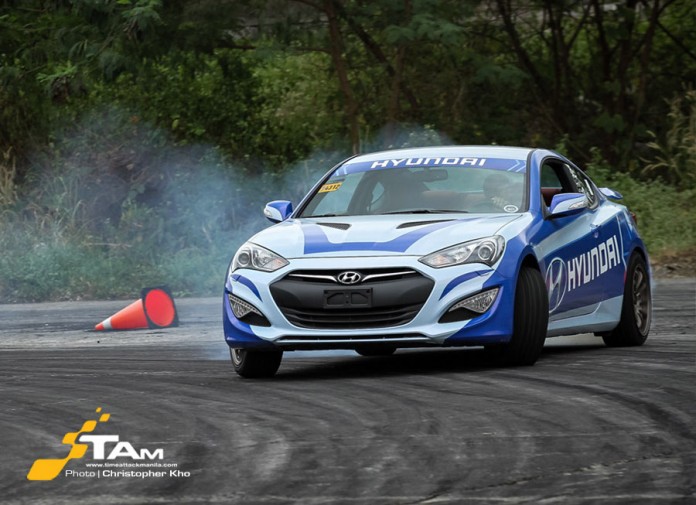 It was way back in July when the Hyundai Lateral Drift Championship last saw any kind of action. So it came as welcome news that they’re finally really to end the 2015 season (after a 4 month delay) this November 28 at the Clark International Speedway (CIS).

The race weekend will host the final showdown between the top Amateur and Pro Division drivers who are all fighting for their respective titles’. Team GMW’s John Lazaga currently leads the Saffiro Tires Amateur Division with 420 points, closely followed by Drivehard Crew’s Stephen Ng with 393 points. Although a bit far behind, Alex Nunez with his 358 point still has a mathematical chance of bagging this year’s Amateur Division championship.

As always, all the on-track action will be judged by Kimihiro Obata and Hiromi Kajikuma from Japan, and our local Pro Drifter and long-time Drift Instructor Paolo Arespacochaga.

The tire-burning starts at 11:00 AM with the Amateur Division, followed by the Pros in the afternoon.

The 2015 Hyundai Lateral Drift Championship is powered by the Hyundai Genesis Coupe, with the official tire Saffiro Tires, and supported by Dickies Clothing, Aguila Autoglass, and Sonax.