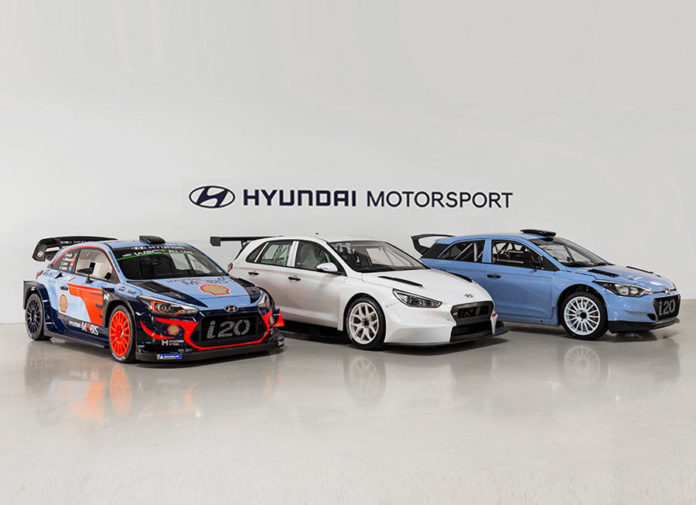 With full-fledged factory entries in the WRC, WTCR, and TCR, it’s only fitting for Hyundai Motorsport GmbH to come up with its own driver development program. Hence the creation of their so-called ‘Customer Racing Young Driver’ initiative. The program is meant to support racers who compete with their i30 N TCR, which in turn also supports their business of selling i30 N TCRs.

That in turn makes it a smart, self-liquidating investment for Hyundai Motorsport.

It’s said to be open to any driver aged 24 years and below who races in one of Hyundai Motorsport’s TCR teams whether it be a regional or national series. Drivers will not only selected based on their performance on track, but also on how well they work with the team’s engineers as well as how professional they act both on and off the circuit.

Whoever is lucky enough to be drafted into the program is expected to get additional training and mentoring from Hyundai Motorsport. The main goal is to eventually get these young drivers into the pinnacle of touring car racing, the FIA WTCR.

“The introduction of the Hyundai Motorsport Customer Racing Young Driver initiative adds another layer of support from the department available to our customers around the world,” said Hyundai Motorsport Team Director Andrea Adamo. “We already have some fantastic drivers racing with our cars, and the opportunities presented by being part of the program will hopefully attract more young talent to Hyundai and the i30 N TCR. Through the new scheme we can help them in their professional motorsport careers.”

It just so happens that we know a young Filipino driver, who’s less than 24 years old, racing a Hyundai i30 N TCR, and was able to land a podium on his TCR Asia Series debut. We think that makes him the perfect candidate for Hyundai Motorsport’s Customer Racing Young Driver program, right? What do you think Daniel Miranda?