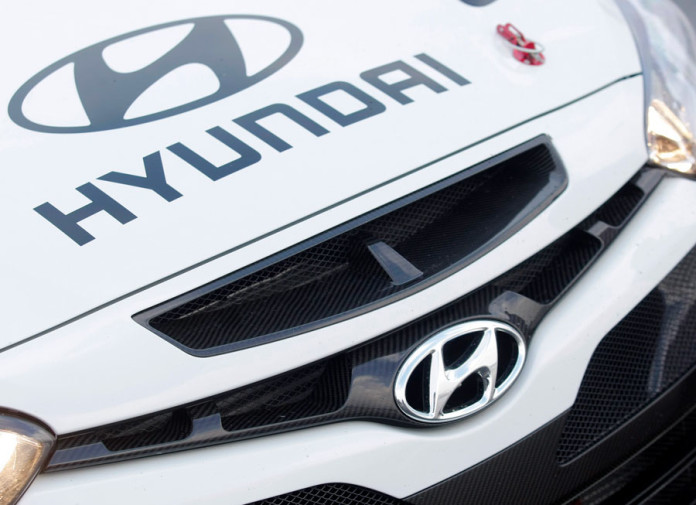 If memory serves me right, Hyundai was never big in motorsports. Sure, they had a short run at the WRC back in early 2000 and gave Ryhs Millen a bunch of cars to play with, but there were no serious attempts from the Koreans, until now…

As early as next year, Hyundai will be returning to the WRC with a full-fledged rally team running 3 i20 World Rally Cars. Brave move. They’ve even built a Hyundai Motorsport facility in Alzenau, Germany just for all their motorsports-related projects and R&D. And the best news of all, they’re also expanding their motorsports program here in the Philippines.

The announcement was made personally by HARI President and CEO Ms. Ma. Fe Perez-Agudo in her speech. Quite honestly, I couldn’t stop squirming in excitement when I heard the good news.

The so-called “Elantra Cup” will be a one-make series utilizing the facelifted Elantra that’s due early next year. It has been confirmed to us by HARI that the 1.8 MT version will be used for the championship, but they’re tight-lipped on who’s responsible for turning the Elantra into race cars and eventually run the show.

However, snooping around HARI Execs revealed that they are considering running the Elantra Cup alongside the 2014 season of the Lateral Drift Championship, with other side events to boost the race weekend such as car club meets and drag races.

In case you’re wondering, HARI’s participation in motorsports is “a great platform to showcase and elevate our brand’s awareness and relevance with our products,” which just goes to show that the principle of ‘Race on Sunday, Win on Monday’ still holds true today. It’s also in-line with Hyundai HQ’s campaign to boost their presence in motorsports world wide. So no, the Elantra Cup is not a response in any way to Toyota Motor Philippines’ Vios Cup.

We’ll give you more updates once we get news from HARI.