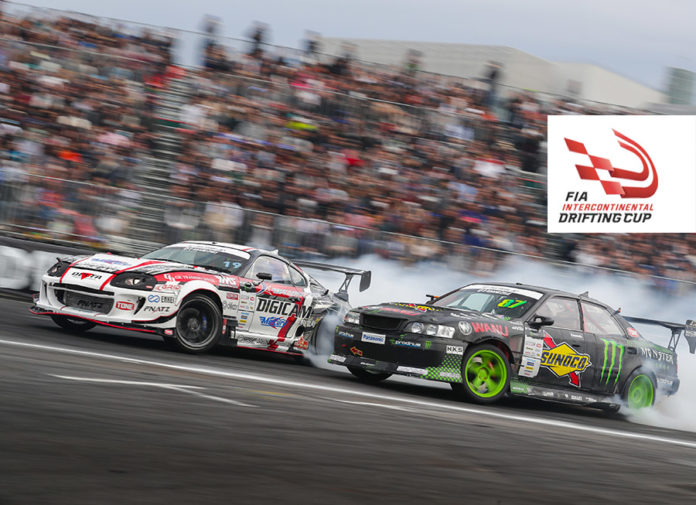 Drifting was invented, or rather discovered, probably by some crazy Japanese kids on the mountain passes way back in the ’70s. It later then became a competitive sport thanks to the likes of the D1 Grand Prix. And as they say, the rest is history, or is it?

Because unlike other forms of motorsports, in all these years, drifting is the only one not sanctioned by the Federation Internationale de l’Automobile (FIA). Well, not anymore as the governing body now officially recognizes drifting as a sport. They even created their own series called the FIA Intercontinental Drifting Cup and will become first FIA-sanctioned drifting event when it takes place in Tokyo, Japan from September 30 to October 1 later this year.

SUNPROS has been appointed as its promoter. They’ll also be in charge of the Intercontinental Drifting Cup’s competition management as well as the future development to the sport. In case you haven’t heard of these guys, SUNPROS is the same company behind the D1 Grand Prix since 2001. So we guess you can say they know their stuff when it comes to drifting.

“This is the beginning of a very important category for the FIA. As we continue to develop motor sport around the world, drifting has a great appeal to young people and has a passionate core following which is only going to get bigger,” said FIA President Jean Todt. “With the creation of the FIA Intercontinental Drifting Cup, we are building the framework for a standard format which will help the sport continue to grow from grass roots level to more professional competitions globally. We are setting the standard for what I’m sure will be a hugely successful form of motorsport.”

More details of the event will eventually be released in due time. But for now, watch the video below to reacquaint yourself what the sport ‘drifting’ is about.