JBT Racing is going all-out in the new Vios Circuit Championship. With entries from Toyota San Fernando and Toyota Isabela combined, they’re fielding 6 cars in total for Toyota’s upcoming one-make-series. This easily makes them the biggest squad and the team to beat in the 2019 season.

4 of those will run under JBT Racing x Toyota San Fernando, headed by Eggy Ong in the Sporting Class. The motorsport veteran has a vast experience racing touring cars, but admits that this new endeavor is not going to be a walk in the park. Ong, who’s more used to more powerful machinery, however is looking forward to the challenge of competing against a grid full of identical Vios One Make Race (OMR) Cars this June 7/8 at the Clark International Speedway (CIS).

Darrel Garbes, on the other hand, is back for a third season with TSF. He has shown big improvements as a driver and, with help from his teammates, aims to bag more podium finishes in 2019 with hopes of securing the Promotional Class championship.

Joining them in JBT Racing x TSF are series newcomers Sherwin Diwa and Fullerdean Ducut. Both have been long time motorsport enthusiasts who got their start in drag racing. And after years of following the series, they were finally given the opportunity by the team to get into circuit racing. Except to see Sherwin and and Ducut make their Vios Circuit Championship debut at the second leg in August.

Its sister team JBT Racing x Toyota Isabela too will have an entry in the Sporting and Promotional Classes with Red Diwa and Maila Alivia running with the squad for another year. The pair shared a memorable end to last season when Alivia willingly gave up her car to Red after his car was damaged in a race. Although this meant she had to sit out the rest of the weekend, she sacrificed her dreams of a podium finish so that Red could fight for the Sporting Class championship. 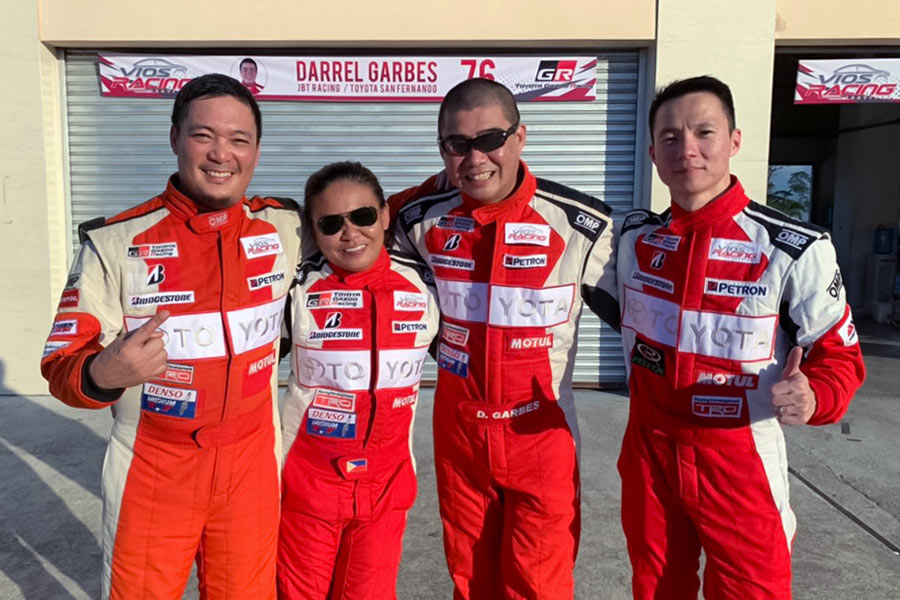 Marc Turla, Team Principal: “JBT Racing has been part of the Vios One Make Race series since season 2014. Over the year,s we’ve become better in all aspects of racing from preparations, Qualifying, and Race Day. I believe we’re the team to beat because we are well-balanced and have lots of track experience from our manager, technical and race directors. We continue to improve every day and everyone in JBT racing has that dedication and passion for the sport. I want to thank the whole team for their camaraderie and for representing JBT Racing x Toyota San Fernando x Toyota Isabela in 2019.”