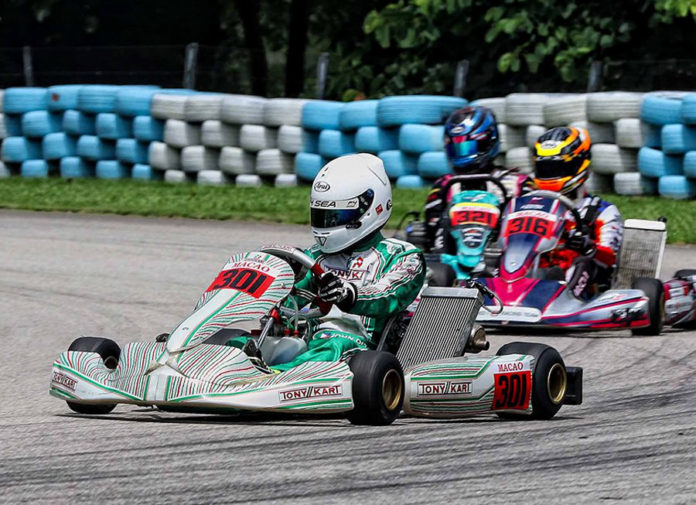 2-time karter of the year John Dizon overcame a difficult weekend in the Asian Karting Open Championship (AKOC) with a stellar comeback drive in the wet when the series visited Macau for its second event in 2019. But what would have been a top 5 finish for the Filipino driver was unfortunately nulled by a technical issue during post-race inspection.

Dizon worked tirelessly to find his pace around the 1.200 km track during Free Practice, yet was still half a second off the fastest driver in Formula 125 Senior. His troubles carried over into Saturday where he was involved in a crash in Heats 1 and 2 that required repairs to his #301 Tony Kart.

Things only began to turn around in the Pre Final. Dizon would start in P16 and went up and down the order in the grueling 17-lap race. He eventually crossed the finish line in a respectable 12th overall out of a massive combined 32-kart grid.

Struggling for pace all weekend, Dizon knew that his only chance at getting a good result in the Finals was if it was run the wet. Lo and behold the clouds opened up on Sunday just before the race, giving him the perfect conditions to mount an attack. He steadily climbed from P12 and managed to get as high up as P3. But then the rain stopped and track began to dry up. Dizon slowly lost his advantage and had to dig deep in order to maintain position.

At the end of 25 long laps, his efforts earned him hard-fought 5th overall to cap off what should have been a memorable race at Macau. Sadly, he was 0.6 kg underweight during the post-race inspection after the team failed to take into account the lighter wet-weather tires they used, thus excluding him from the standings.

With the disappointment now behind him, Dizon shifts his focus to the next event in the 2019 Asian Karting Open Championship (AKOC) calendar at the Clark International Speedway Kart Track on September 21/22. 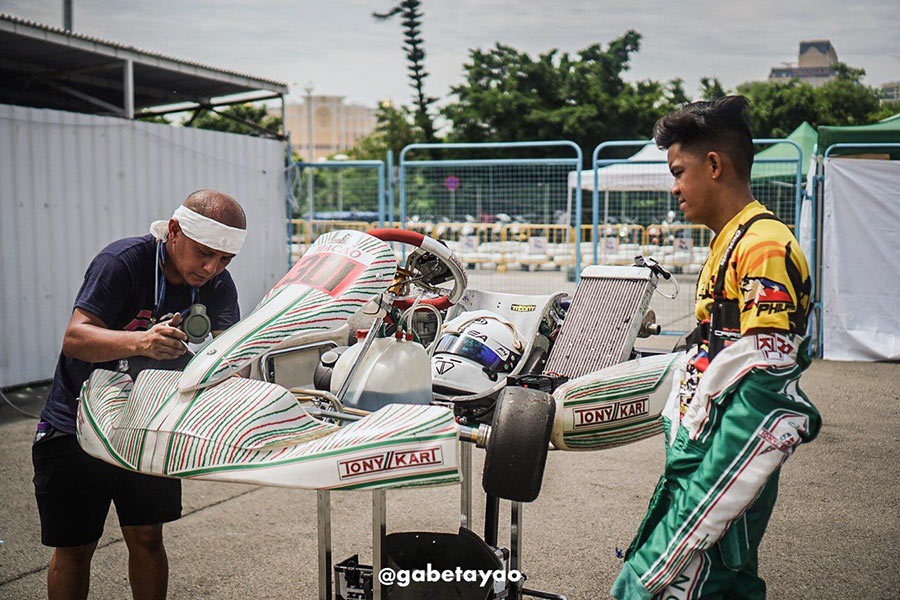 John Dizon: “The race in Macau was really difficult and we worked so hard to get a good result in the Finals. So it’s a tough pill to swallow that we were robbed of a top 5 finish due to a technical issue, but rules are rules. Still, I’m glad I learned a lot from the experience which helps me develop as a driver. I’m putting this behind me and will focus on getting better and faster for the next race. I’d like to thank Mr. Johnny Tan, Kart Plaza Manufacturing Corp., my mechanic Rommel Gordon, coach Gabe Tayao, and my family for their unending support, and God for always keeping me safe.”