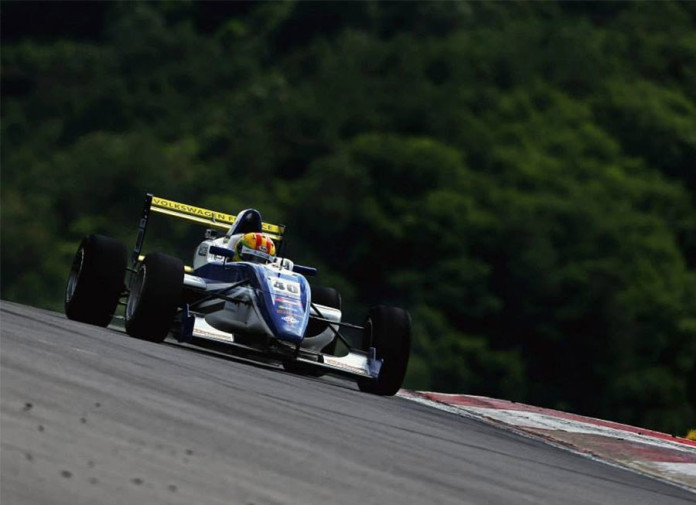 If you’re following the 2015 Formula Masters China Series, keep a close eye on the blue and white cars on the grid. Because they’re run by Cebu Pacific Air by KCMG, who have renewed their partnership for the 3rd straight season this year.

It was less than a year ago when the team dominated the top entry-level Formula series in Asia, winning both the Team’s and Driver’s Championship with James Munro and Dan Wells. But the 2 have now moved on to higher levels of motorsports, with Munro switching to Formula 4 and Wells moving up to Asian Formula Renault.

Rump is a 19-year-old driver from Estonia who’s had previous experience in Formula Renault 2.0 Eurocup and the Toyota Racing Series New Zealand, securing a good number of wins and the Performance Young Driver Award in 2013. Zheng Shang Guan and Jeffrey Ye, on the other hand, are both Star Racing Academy (SRA) graduates which is a driver development program in China.

KCMG will once again incorporate Cebu Pacific Air’s branding with the team’s iconic blue and white livery on all 3 Volkswagen-powered Tatuus Formula cars.

With KCMG and Cebu Pacific Air’s renewed partnership in 2015, both parties are hoping to promote Asian motorsports through the low-cost carrier’s extensive network in the region. After all, Formula Masters’ 6-event race calendar will be held in Cebu Pacific Air destinations, namely Malaysia, Indonesia, Japan, and China. More so, the collaboration between the Philippines’ largest airline carrier and one of the most successful motorsport teams in Asia brings mutual benefits to both parties.