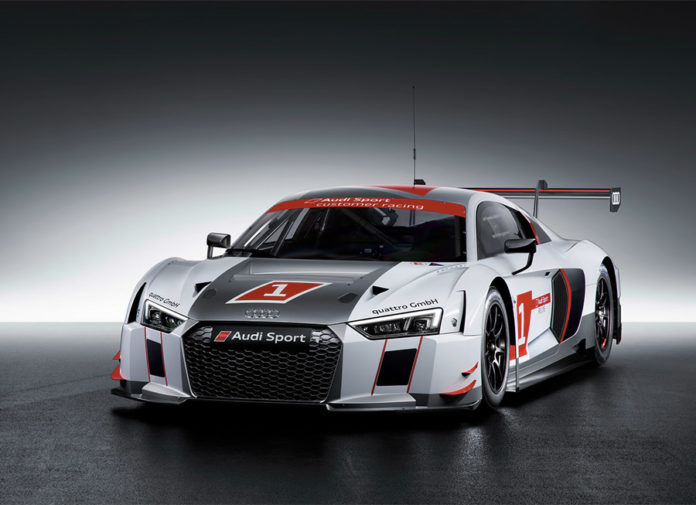 As if their global motorsport program wasn’t extensive enough, KC Motorgroup Ltd. (KCMG) has revealed plans of entering yet another series this year – the Audi R8 LMS Cup. And they’re doing so with a young but very strong driver line-up.

Driving for the Hong Kong-based team for the 2016 season will be Polish driver Jan Kisiel and Martin Rump.

Kisiel joins the Asian sprint race series after winning the Audi Sport TT Cup title last year. The 21-year-old claimed 5 victories and 9 podium finishes in total, allowing him to claim the championship with a massive 25 point lead over his nearest rival.

Meanwhile, Rump returns to the team which helped him win the 2015 Formula Masters China Series (FMCS) title. The 20-year-old Estonian was in a class of his own, winning 7 consecutive races on his debut. His performance earned him a grid slot in the 2015 Audi R8 LMS Cup’s finale in Shanghai where he secured 2 5th place finishes. This year, Rump joins Champion Racing Team in a car serviced by KCMG.

Also new in this year’s championship is the machinery. This will mark the debut of the all-new R8 LMS GT3, based on the redesigned road car.

The 2016 Audi R8 LMS Cup marks the 5th anniversary of the brand’s one-make series. It features a 6-round, 12-race calendar with events in China, Thailand, Malaysia, Korea, and Taiwan.

Jan Kisiel: “I’m thrilled to continue racing with Audi and step up to the much more powerful R8 LMS. The 2016 season is promising to be an exciting one. I look forward to racing with my new team KCMG and am sure that we will be among the top contenders for the championship title.”

Martin Rump: “I’m delighted to make the move into Audi R8 LMS Cup together with KCMG. We definitely have a strong determined team and quick drivers to create some results. I’m excited to jump into the new generation car already next week in Shanghai. I’m greatly thankful to Audi for all the support for making this season happen!”