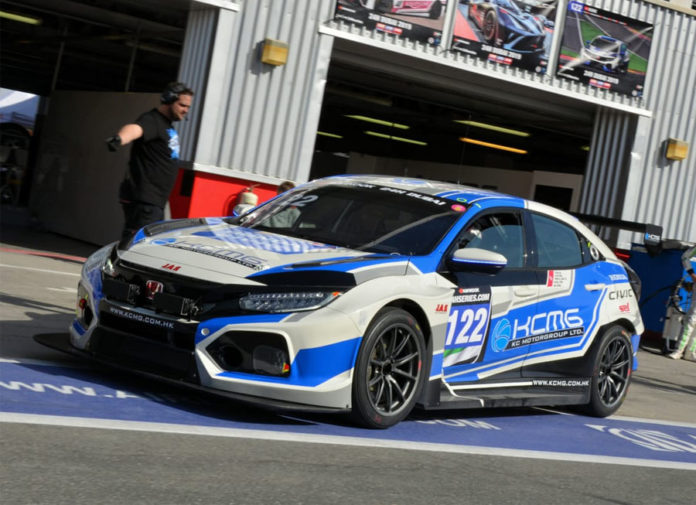 KC Motorgroup Ltd. (KCMG) has really fallen in love with touring cars. The Hong Kong-based team only began racing in TCR Europe and Malaysia last year, but is already stepping up their game in 2019. It was only a few weeks ago when they announced that they’re entering 2x Honda Civic Type Rs in the World Touring Car Championship (WTCR). Now, they’re adding one more in the all-new TCR Japan and Super Taikyu.

The team enlisted Matt Howson to be the driver of their Honda Civic Type R TCR FK8. Matt has a long-standing and successful relationship with the Hong-Kong based squad, having competed in the FIA WEC together for 4 seasons, scoring 5 LMP2 class wins including the Le Mans 24 Hour victory in 2015.

Matt’s extensive racing career also saw him compete in Asian GT, Asian Formula 3, Japan F3. However, this will be his first time racing in a TCR Honda.

The new TCR Japan has 6 rounds confirmed for its inaugural season and will run in support of the Super Formula Championship. The first event will take place on May 18/19 at Autopolis Circuit, followed by Sportsland Sugo in June, Fuji Speedway in July, Okayama International Circuit in September, and Suzuka Circuit in October. Its finale has yet to be confirmed as to when or where it will take place.

Aside from TCR Japan, KCMG will also enter their Honda Civic Type R TCR FK8 in the Super Taikyu endurance series. Teams here compete in 5-hours races in the season’s 6 events that begins this March 23/24 at Suzuka Circuit. Obviously, Matt can’t drive the whole distance by himself so he’ll share duties with team founder Paul Ip and Hong Kong-driver Ka To Jim

Matt Howson: “I’m extremely happy to be returning to Japanese racing in TCR and Super Taikyu with KCMG and Honda. I’ve been part of KCMG’s formula and endurance racing programs over the last 12 years and we’ve enjoyed much success together. It’s a privilege to join the new TCR project and I’m grateful to all at KCMG for their continued faith.”

Paul Ip, KCMG Founder: “We’re very happy to have Matt return to KCMG for our TCR racing activities in Asia this year. We’ve enjoyed a strong relationship for many years now and have many good memories from racing together. In Matt and Ka To Jim we have two fantastic drivers, who know endurance racing and these circuits very well. We are positive about our prospects this year and I’m looking forward to getting started with the 5-hour Suzuka race this weekend.”

Ka To Jim: “I’m really excited to be a part of the KCMG squad in Super Taikyu this year. The Honda Civic Type R is great to drive and I thought our performance in the Dubai 24 Hour was really strong. With Matt and Paul on board, we can expect to be fighting at the front again.”