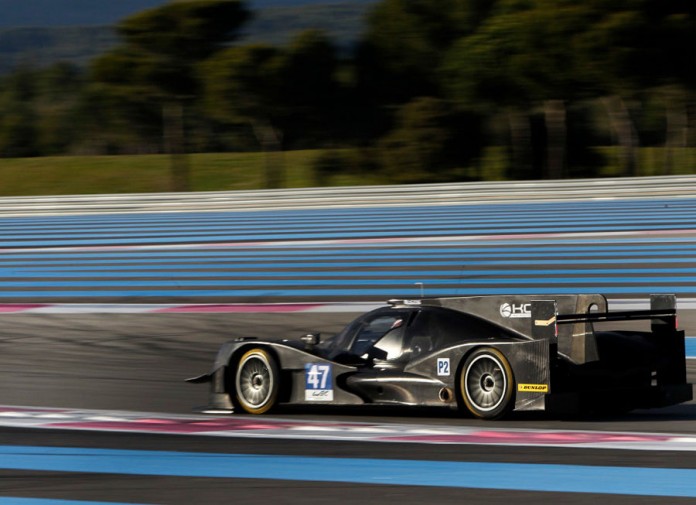 It really seems like KC Motorgroup Ltd. (KCMG) is all-set for the FIA World Endurance Championship (WEC) and 24 Hour of Le Mans. Because aside from a new closed-cockpit ORECA 05 LMP2 chassis, they’ve now revealed their driver line-up for 2015.

The first of which happens to be Matt Howson. The 31-year-old Britton has been working with the team since ’07 during the early days of Asian Formula 3, moving up to the All-Japan Formula 3 Championship in ’11 and ’12, and finally to LMP2 in ’13. 2015 marks Howson’s third consecutive year driving for KCMG’s LMP2 campaign, which means he has more than enough experience to take the team on the podium.

He’s joined by fellow British driver Richard Bradley who also drove for KCMG’s LMP2 outfit in the past 2 years. The young 23-year-old scored victories for the team in the Asian Le Mans Series back in ’13, so he should be more than capable of winning more races for the Hong Kong-based squad.

But KCMG’s newest recruit for this season is Porsche factory driver Nick Tandy. Also from Britain, Tandy’s resume includes an impressive list of victories in British F3, Petit Le Mans, 12 Hours of Sebring, and the 24 Hours of Daytona. Tandy, however, will only represent KCMG in 6 out of the 8 WEC rounds in 2015. This includes the 6-hour races of Silverstone, Nürburgring, Circuit of the Americas, Fuji, Shanghai, and Bahrain.

So the question is, who will take his place in the 24 Hours of Le Mans and the 6 Hours of Silverstone and Spa Francorchamps?

With less than a month to go ’til the first race in Silverstone, KCMG is busy testing their new Nissan-powered ORECA 05. They’ve recently completed an intensive 3-day shakedown at the Circuit Paul Ricard where Matt Howson and Richard Bradley put around 252 laps in the new LMP2 car.