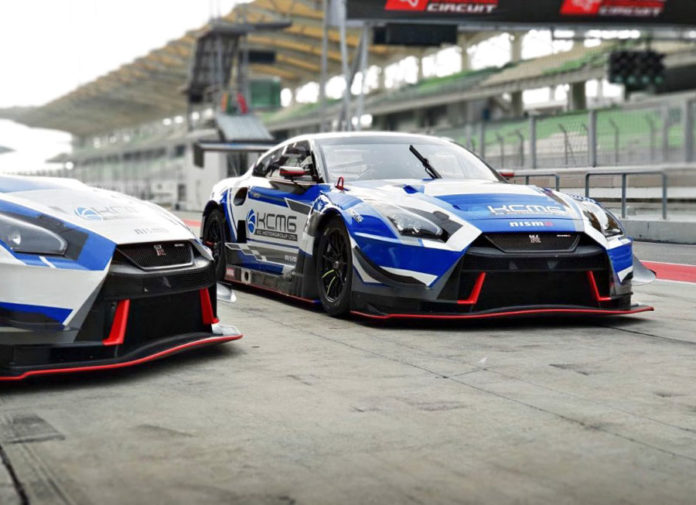 Just when the Blancpain GT Series Asia is about to begin its 2018 season, KC Motorgroup Ltd. (KCMG) has finally spilled the beans on who will drive their pair of 2018-spec Nissan GTR NISMO GT3s.

KCMG’s #18 car will be shared by Tsugio Matsuda and Yukinori Taniguchi at the series opener at the Sepang International Circuit this April 14/15. Matsuda is a familiar face within the KCMG garage, having driven for the team in the WEC and 24 Hour of Le Mans. Taniguchi, on the other hand, is making his Blancpain GT debut after competing in Super GT and the WTCC.

The Japanese Pro/Am duo will once again be re-united for the following event at the Buriram International Circuit in May. Swiss driver Alex Imperatori, who also drove for KCMG in the WEC, will then take Matsuda’s place for the succeeding rounds in Japan and China.

As for the #23 car, Edoardo Liberati and Florian Strauss are to be paired up for the entire 2018 season. Liberati is an accomplished driver with experience in Lamborghini Super Trofeo, Porsche Carrera Cup Italia, International GT Open, and Blancpain Endurance Series. Meanwhile, Strauss is a Nissan GT Academy winner who went on to race professionally for NISMO in 2014.

Alex Imperatori: “I’m delighted to rejoin KCMG for their upcoming GT project, especially considering that I’ve been part of every exciting new campaign that they have launched since the beginning. To once again race for KCMG is almost like coming home. The entire team, together with NISMO, has taken a tremendous amount of work to develop the 2018-spec GTR Nismo GT3 – I’m excited to getting on track and know more about its capability.”

Tsugio Matsuda: “I’m very happy to once again represent KCMG, this time in Blancpain GT Series Asia running the new Nissan GTR Nismo GT3. I have been part of the KCMG family since 2014 and have raced for them in Asian Le Mans Series, FIA WEC, and 24 Hours of Le Mans and I’m confident that the entire crew, from the mechanics to our engineers, will do a great job to provide me and my teammates with a winning package this season. I’d like to thank KCMG Founder Paul Ip and Head of Motorsport Ryuji Doi for giving me this opportunity to once again represent the team.”

Edoardo Liberati: “I’m really happy to join KCMG in this new challenge with NISMO. It will be a very intensive season and we’ve started to test the new car. This new challenge is a great chance for me to once again race in the region after winning GT Asia in 2016. Its good to be back in this environment – I like the atmosphere and extremely enjoy the circuits. I’d like to extend my massive thanks to NISMO and KCMG for this opportunity and their confidence in me.”

Florian Strauss: “I’m delighted and would like to thank to Paul Ip and KCMG for giving me this opportunity to be involved in their Blancpain effort with NISMO this season. I’m very happy to be part of the line up and looking forward to be working together with a professional team who has extensive experience in different racing series’ around the world. It will be my first time to compete in Blancpain GT Series Asia and I’m especially happy that we’re running the 2018-spec Nissan GTR Nismo GT3.”

Yukinori Taniguchi: “It’s a great honor to be part of this project and to be racing with KCMG alongside Alex and Matsuda san. Personally, it will be a massive challenge but I’m ready and looking forward to work with the entire team and to know from my co-drivers. The new Nissan GTR Nismo GT3 is a very powerful package and I’m excited to race this car in some of the best circuits around Asia. Thank you to Paul Ip and Ryuji Doi for this opportunity!”