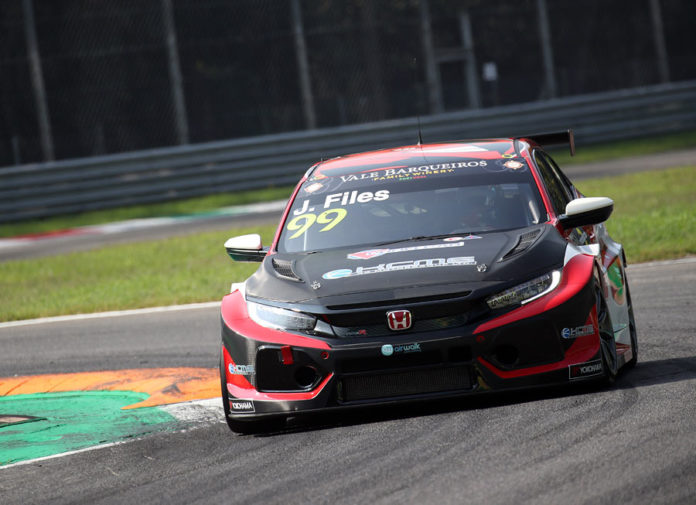 Between their 2 drivers, KC Motorgroup Ltd. (KCMG) won 4 races and landed on the podium 6 times in TCR Europe last year which earned them the team championship. This probably gave them the idea that they could step things up in 2019 and take on something bigger, something like the FIA World Touring Car Cup (WTCR).

The Hong Kong-based team has once again partnered with Honda Racing, entering a pair of Civic Type R TCRs in the 10-round WTCR race calendar. JAS Motorsport will then provide all the on-site technical support as well as a supply of spare parts at each event, while driving duties go to touring car ace Tiago Monteiro and young talent Attila Tassi.

The ex-Formula 1 driver spent the last decade in touring cars, amassing a total of 11 wins and 44 podiums in the WTCC. Sadly, Monteiro suffered serious injuries during a test in 2017 that put him out of racing for over a year. But now the 42-year-old is back and is ready to make a full-time return with KCMG.

He’ll then be partnered with Tassi throughout the 2019 championship. At only 19-year-old, Hungarian driver has already made a name in touring cars by finishing runner-up in the 2017 TCR International Series. He then scored 2 wins and a number of podiums for KCMG last year in TCR Europe.

The FIA World Touring Car Cup kicks off the 2019 season at the Marrakech Street Circuit, Morocco on April 5/7. It’ll then visit circuits in Europe, Africa, and Asia, concluding the championship at the Sepang International Circuit in December.

Paul Ip, KCMG Team Principal: “We are very happy to make the step up to a full-time WTCR programme with the Honda Civic Type R TCR in 2019. Last year was our first with the car and we not only won the TCR Europe Teams’ Championship, but also made two wildcard appearances in WTCR, which has led on to this logical step. In Tiago we have one of the most experienced touring car drivers in the world, who has been a consistent race winner at this level and in Attila we have an exciting you prospect who raced with us last year and has the potential to go right to the top of the tree in WTCR.”