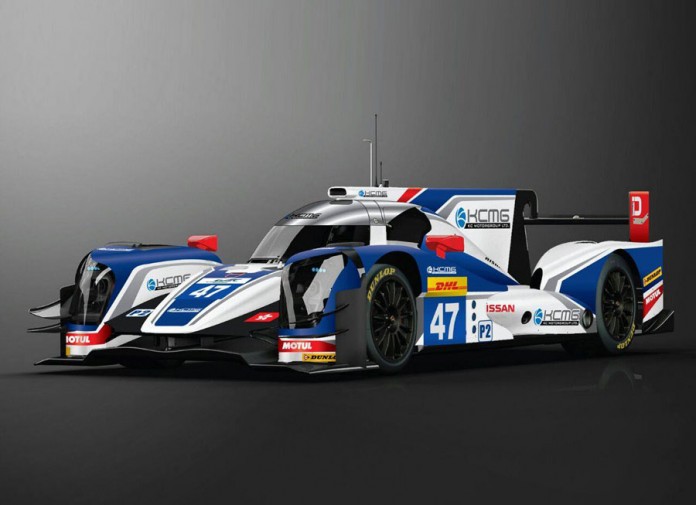 From the looks of it, just about everyone in the FIA World Endurance Championship (WEC) is switching to closed cockpit prototypes for 2015. And the latest to make the announcement is KC Motorgroup Ltd. (KCMG) who’ll be running an ORECA 05 this year.

The Hong Kong-based team has had an impressive 2014 season with the more traditional open cockpit ORECA 03R in the WEC. They’ve consistently finished on the podium and bagged 3 wins on just their first attempt. We’re guessing that their strong performance (and technical partnership) with the French manufacturer has convinced them to run the new chassis in 2015. Aside from racing in the WEC, KCMG has also sent an entry request for the 24 Hours of Le Mans.

The ORECA 05 coupe is the successor to the 03 and 03R chassis, which is built around the same monocoque tub as the Rebellion R-ONE LMP1 car. It just so happens that the R-ONE is also built by ORECA. The new 05 car will be significantly lighter than the 03R, giving teams greater freedom in adjusting the weight distribution. They’ve also switched from a hydraulic to electric power steering for improved reliability. The starter motor, gearbox, and rear crash structure are also all new.

Hopefully, KCMG achieves their first win at Le Mans with the new machine.

Hugues de Chaunac, President of the ORECA Group: “KCMG joined the ORECA stable during last year’s off-season and we quickly built an excellent working relationship. KCMG is a multi-faceted team as shown by its many racing programs, and this paid off in endurance racing. They were one of the best performing teams in the FIA World Endurance Championship last year and had a legitimate chance at the title. 2015 will usher major changes as KCMG will be racing an all-new ORECA 05 and we are looking forward to working with them and continue building on that strong bond that we formed in 2014. This is the year to deliver! We are happy that KCMG has maintained their confidence in us. They are a high-quality outfit and very professional. KCMG’s choice confirms the international scale of our activities as a constructor.”

Paul Ip, KCMG Founder: “Our partnership with ORECA in the World Endurance Championship has brought outstanding results in 2014 and we are pleased to extend our collaboration with Hugues de Chaunac’s amazing team of professionals. Evidently, the ORECA 03R is a race-winning machine and has led our team to three laudable victories in our first full season competing in the World Championship. 2015 marks our third year in endurance racing and with our recent acquisition of the new ORECA 05, we are confident that our forthcoming LMP2 campaign will yield better results! We are looking forward to our first shakedown of the new LMP2 in March!”