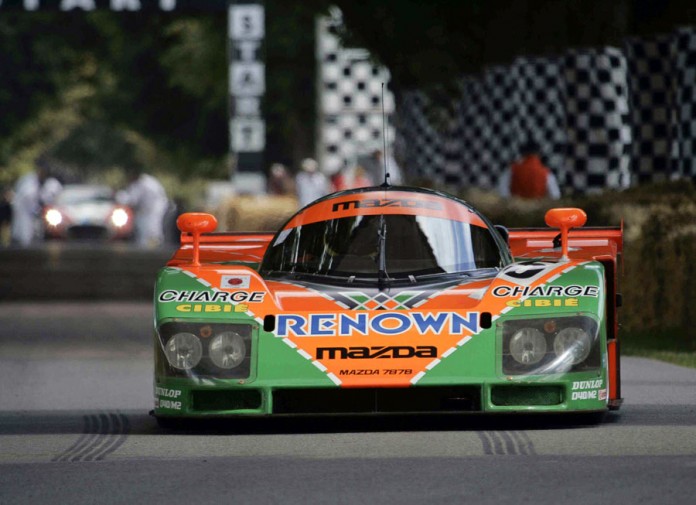 Every summer, the Goodwood Festival of Speed celebrates motorsport history by making beautiful and legendary racing machines run up the hills of West Sussex, England. And this 2015, they’ll be doing it in honor of Mazda’s 95th anniversary.

Although the brand is no longer as active in motorsports as they were say… 20 years ago, they still very much deserve to be the spotlight of this year’s festivities. After all, they remain to be the first and only Japanese manufacturer to ever win the renowned Le Mans 24 Hours race.

Keep that in mind Toyota.

That was the rotary-powered Mazda 787B, which won at Le Mans back in 1991, and it will be at attendance at Goodwood this 2015. Hopefully, we also get to see other key machines in Mazda’s motorsports history go up the iconic 1.87 km hillclimb, such as their Skyactiv-D LMP2 that races in the United SportsCar Championship in America. We also wouldn’t mind seeing a few examples of the MX-5 and RX-7 in the mix.

Like all previous manufacturers that were honored at the Festival os Speed, renowned sculptor Gerry Judah will also put up a spectacular backdrop for Mazda in front of the Goodwood House.

We definitely can’t wait to see that.

“The theme for this year’s Festival of Speed is ‘Flat-Out and Fearless: Racing on the Edge,’ and Mazda’s continual push to reject engineering conventions and strive for something unique perfectly aligns with this philosophy. We are delighted to be celebrating Mazda’s motor sport achievements and pioneering road-car technologies with the Central Feature, and to help it showcase its brand-new cars to an international community of car enthusiasts and the world’s automotive media – an audience that only Goodwood can attract,” said Lord March, owner of the Goodwood Estate and founder of the Goodwood Festival of Speed.

With the theme “Racing on the Edge,” this year’s Goodwood Festival of Speed is definitely on the must-attend list for racing nuts like us, even more so Mazda fans. If you can afford it, the festivities will take place from June 25 to 26, 2015.