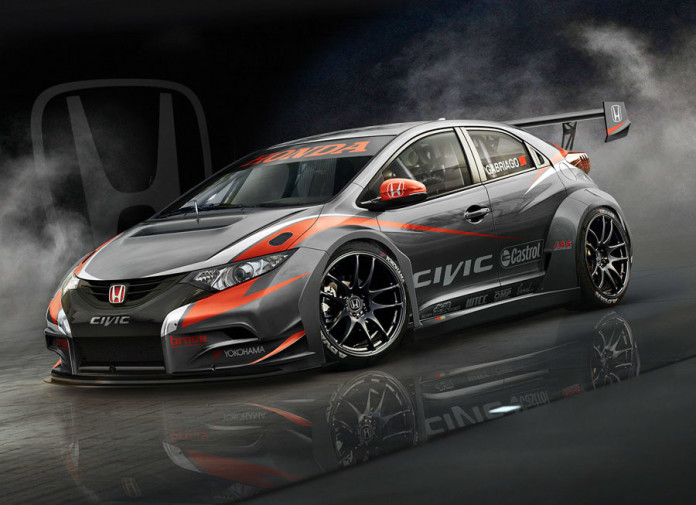 What you see here is Honda’s new toy for the 2014 World Touring Car Championship (WTCC). The defending Manufacturer’s World Champion returns with a revised Civic WTCC to suit the new 2014 regulations, that in our opinion, looks ready to eat other cars for breakfast.

Compared to the car it replaces, the 2014-spec Civic WTCC has much wider wheel arches, larger diameter wheels, a sleeker aero package, and a bigger rear spoiler. They’ve also boosted the 1.6L turbo’s engine power, that when combined with the other technical improvements, make the car around 3.0 to 5.0 quicker per lap.

From what we’ve heard, these guys haven’t actually finished building the car yet hence the CGI teaser photo. They are, however, aiming to run the car for the very first time in January.