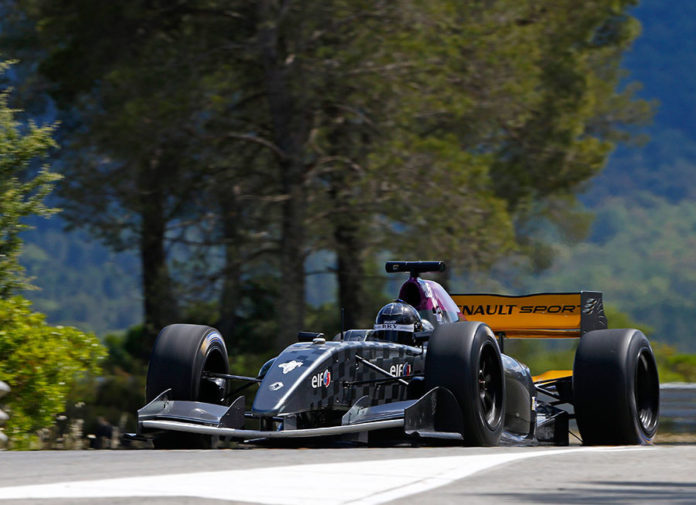 Like most single seaters, Formula Renault 2.0 and 3.5 run on rather small 13-inch wheels fitted with high sidewall tires. But come 2016, the series might make the big switch to 17- and 18-inch diameter tires thanks to a partnership between Michelin and Renault Sport.

“We first proposed the change to the FIA (Fédération Internationale de l’Automobile) in 2010 when there was a possibility of our returning to Formula 1,” said Pascal Couasnon, Michelin Motorsport Director.

Aside from being more aesthetically pleasing, larger diameter tires offer several benefits over their 13-inch counterpart. A smaller sidewall will produce less yaw (or flex), allowing for greater precision and improved steering response. This improves cornering performance, making the Formula cars faster and surprisingly, far more enjoying to drive. But the most important reason behind the switch is that 17- or 18- inch tires allow Michelin to develop new technologies that can be transferred to mass-produced road tires. 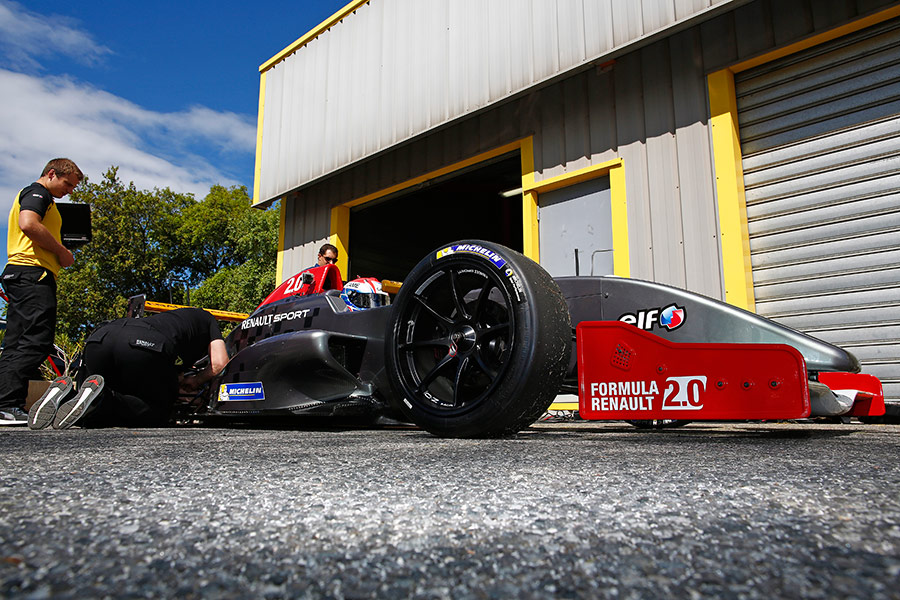 “We believe it is impossible to transfer technology from small-diameter tires with tall side walls, yet motorsport can play a significant role in speeding up the development of future road-going solutions. We need racing tires to have a similar profile to road tires to be in a position to develop new technologies,” Couasnon added.

Unfortunately, the idea was ignored by Formula 1 at the time.

Michelin and Renault Sport Technologies, however, share the same vision that innovative technologies in motorsports should be made available to the motoring public. That’s why they’ve begun a feasibility study of switching to 17- and 18-inch tires for Formula Renault 2.0 and 3.5.

Since January 2015, the 2 companies have been collecting data over several hundred kilometers in testing. From this, they hope to understand how the tire behaves and how it affects the car’s design, especially when it comes to suspension design. 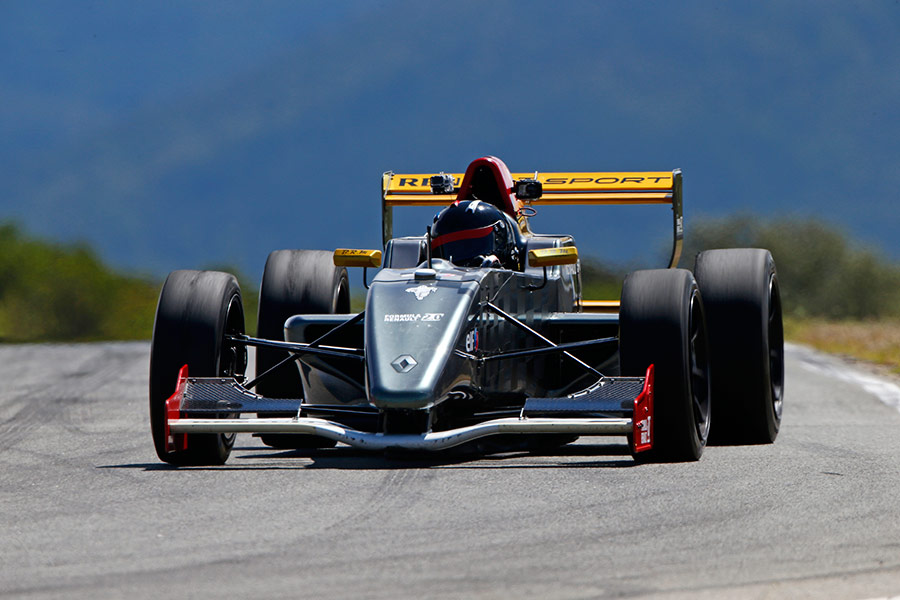 “A 13-inch tire with a very tall sidewall contributes to a car’s damping. The change to 18-inch tires with a smaller sidewall would certainly require a comprehensive revision of the cars’ suspension systems,” remarked Couasnon.

Early tests in Valencia showed that a Formula Renault 3.5 could shave a second per lap around the Spanish track with the new 18-inch tires. If that’s not an indication of performance, we don’t know what is. Hopefully, Michelin and Renault Sport Technologies can continue development in the months ahead and make the big(ger) switch by 2016.

And if that happens, they might even be able to tempt Formula 1 in following in their footsteps. 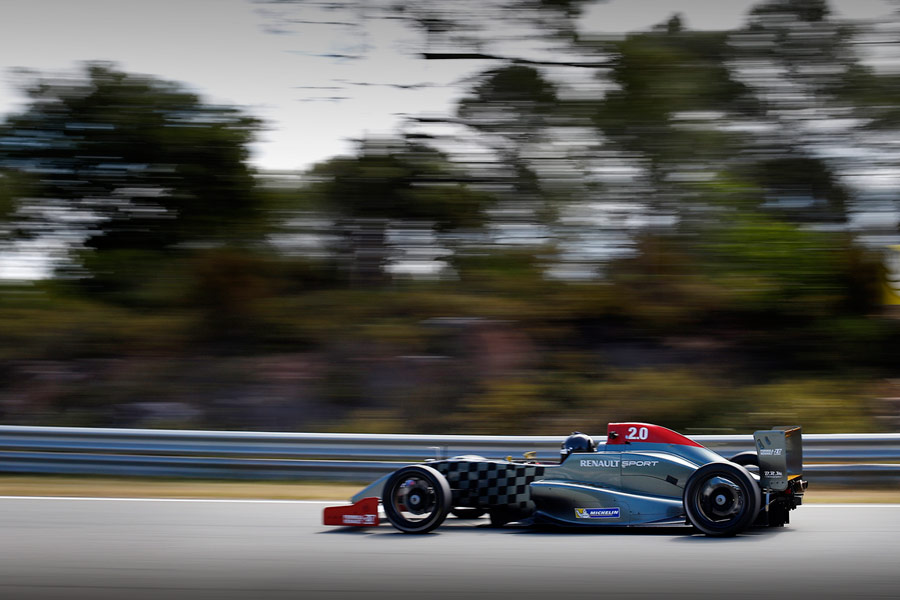 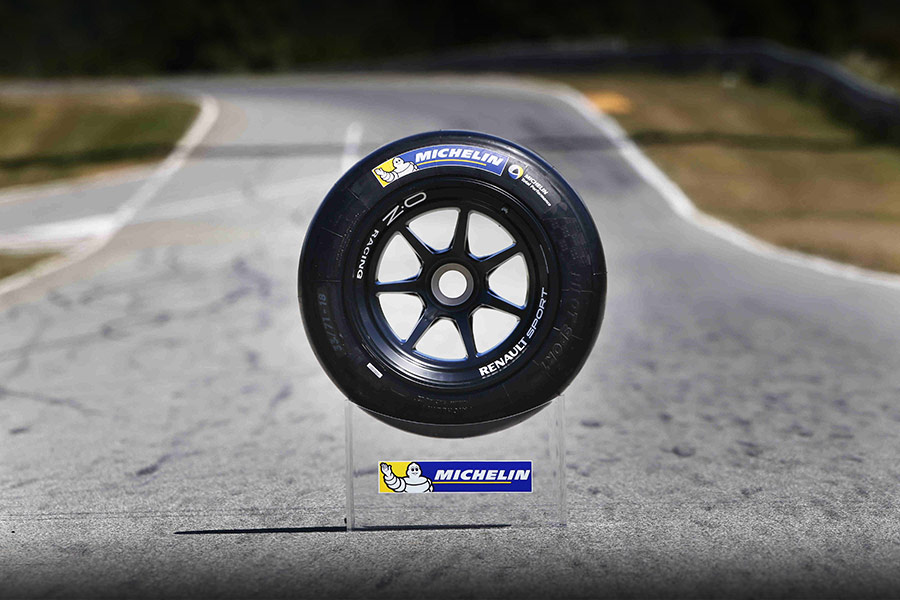