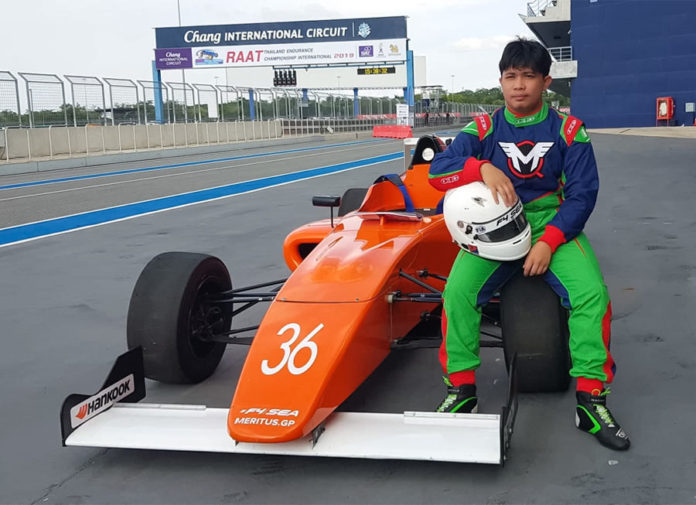 After racing go karts for 2 years (and picking up wins and awards along the way), Miguel Quiñones is now preparing for the big move up into single seaters. The 15-year-old recently signed up for a test with Formula 4 South East Asia (F4 SEA) at the Buriram International Circuit with hopes of joining their grid later this year.

What he drove over the course of the 1-day test was one of identical Formula 4 machines prepared and operated by Meritus GP. The carbon monocoque chassis is built by French racing manufacturer Mygale, while the power unit is a 160 hp 4-cylinder engine bolted onto a 6-speed sequential gearbox.

It’s definitely a big leap from karting specially for Quiñones who was driving an open-wheel race car for the first time. As a matter of fact, he has never driven anything with a clutch and gears. Hence, his first few exploration laps were spent learning how to upshift and downshift as he made his way around the 4.554 km circuit in Thailand. He also admitted that he spun out a few times in the early sessions whilst trying to familiarize himself with the new machinery. But once he was able to figure things out, Quiñones put his head down and focused on setting decent, clean laps.

While his times did improve as the day progressed, he plans on testing again before his F4 SEA debut in a few month’s time. It’s still an open option whether he’ll join in one of the races at the Sepang International Circuit in August and September or wait ’til November for the double-header at the Clark International Speedway. 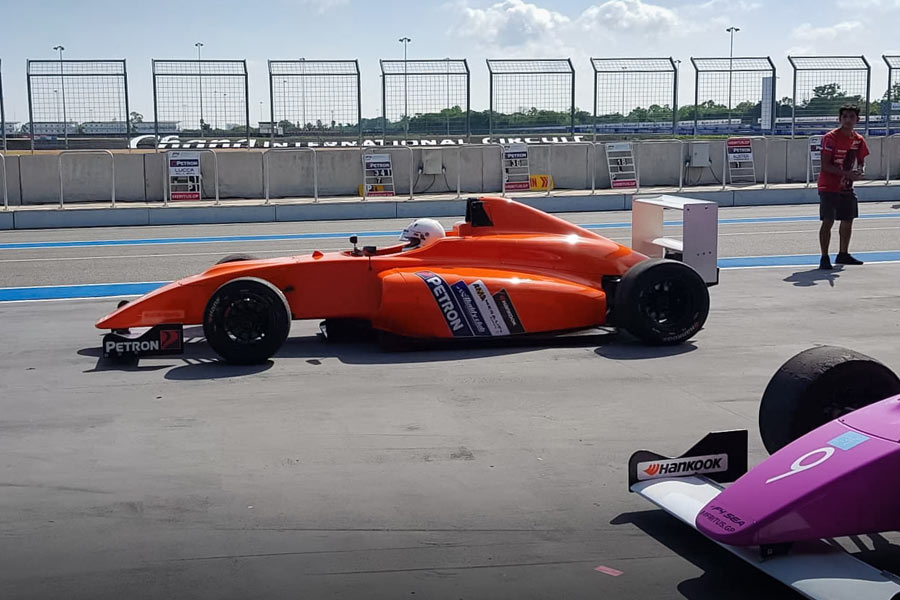 Quiñones’ entry in single seaters, however, doesn’t mean that he has given up on karting completely. His program in 2019 sill includes outings in Rotax Max Asia, IAME Series Asia, Asian Karting Open Championship, and several championships in Europe.

Miguel Quiñones: “This was my first time in a formula car and to drive with a clutch and gears. It’s a big jump from karting and I basically had to learn everything from scratch. Thankfully we were able to get decent lap times and improved throughout the day. I’m definitely looking forward to race in Formula 4 South East Asia later this year and move one step higher in the motorsport ladder.”